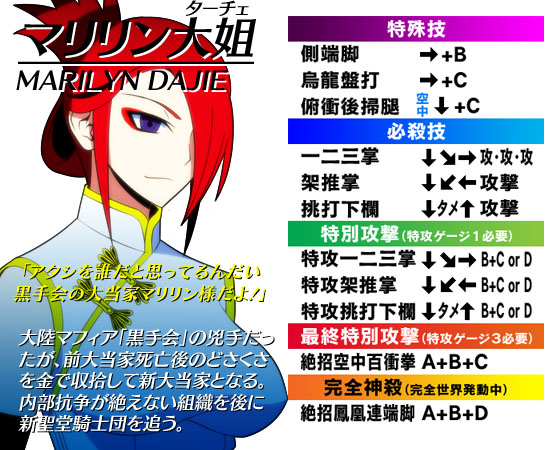 "She was an assassin from mainland China's mafia, the Black Hand. After the former Big Boss' death she used money to take control during the confusion and became the new Big Boss. Leaving behind the organization's unending internal conflict she goes after the Knights Order alone."