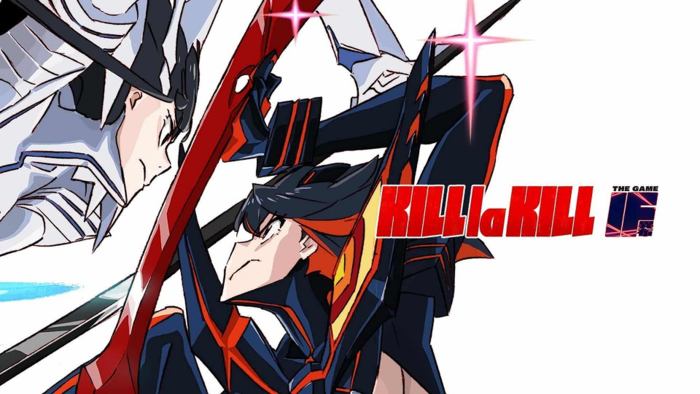 KILL la KILL the Game IF (KLKIF), is a 3D arena fighting game developed by A+ Games, published by Arc System Works, and co-developed by Team Red (famous for Guilty Gear). It is based on the anime series produced by Studio Trigger, who also had a supervisor role in the games development.

A free demo is available on the Playstation Store and Nintendo eShop. This demo includes local versus and four playable characters (Ryuko, Satsuki, Gamagoori, Sanageyama).

You control Satsuki Kiryuin as the main protagonist of this game, and proceed along with the story while battling against various characters. All scenarios are completely new and fully supervised under the watchful eyes of the original scenario-writer, Kazuki Nakashima. You will be experiencing the story unfold from the perspective of Satsuki Kiryuin, the rival of the original series' protagonist Ryuko.

At the end of the Honnouji Academy's Naturals Election, the one who appeared before Satsuki is not Nui, but Ragyo!? What is the reason for Ragyo's sudden appearance? What is going on with all the strange phenomenons that has been occuring?

An alternate "IF" story, branching out from the original series 8th episode!!