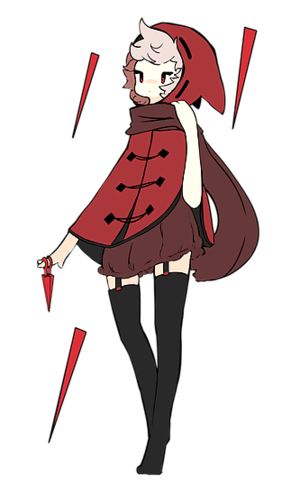 A young thief working secretly under the Crown of Frost. At one time she was the enemy of the other adventurers, but now travels with them.

With her delayed knives, elongated arrow shots, and ability to become invisible, she proves to be a tricky foe to combat against.

this lady never stops moving. you can't pin her down. She sets up short term traps fairly quickly and works opportunistically to take advantage of any misstep to suddenly have knives coming from many directions while lasers are keeping you in place as fired from somewhere completely different. Her melee ability leaves a lot to be desired, but thanks to her focused offensive special she has some burst get-off me ability to create space with.

a good strategy with redhood is to shoot the opponent and not get shot. a lot of people dont know about that but win a pretty reasonable majority of the games that i shoot my opponent more than they shoot me