Difference between revisions of "Power Rangers: Battle for the Grid/Red Ranger" 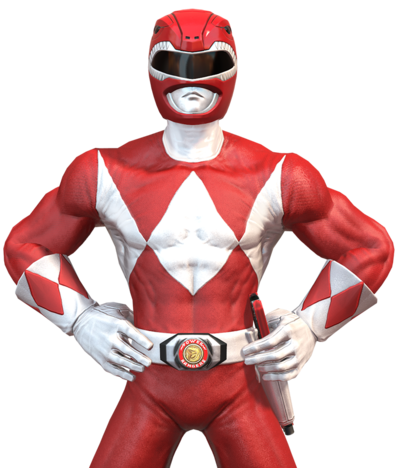 Jason was one of five Teenagers with Attitudes summoned by Zordon to defend Angel Grove from monsters, which he did before being called away to a peace summit. Battle for the Grid takes place pre-peace summit and thus Jason has a gun.

Jason is a fairly straightforward character who stands his ground. His 2H is jump-cancelable and it's what he uses to start air combos, but it doesn't launch by itself, letting him do extended ground combos against grounded opponents. Similarly, his assist doesn't launch either, which helps other characters extend grounded combos. Combining an offensive rushdown style with decent zoning properties, he's an easy character to get into if you want to learn the basics of the game.

Your standard relaunch combo. He had better combos involving keeping the opponent grounded, that have since been patched out.

Not a Official Combo if two blasters hit the opponent.

This is almost close to be a BNB combo where you start swiping in the beginning of the combo. Recommended for Beginners.

2L 5M 5HH 5M 2H jLM jLMS 5MM Super Corner only: https://gfycat.com/gregariousficklehuia A simple corner combo off of a 2L if you have the meter to spare.