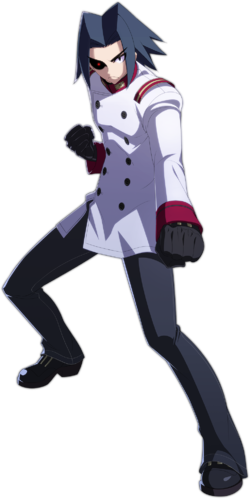 Akatsuki is a strong, well-rounded character with good damage. He excels at close to mid range and has options to cover most situations.

His basic gameplan revolves around playing a very shoto-like neutral to get in and maintain offense. He boasts his strong hitboxes with fast startup that allow him to contest his opponents at close range. Once he gets in, it is difficult to get him off.

Akatsuki's neutral suffers at further ranges as his ground mobility is locked to a step dash. His normals can't fight back at long ranges and has to rely on dash-blocking and using 236A to get in. His high/low mix-up is also at an average level and has to play more around close-range neutral, frame traps, and tick throw.
Overview
Strategy
Combos
#CLR_AK
Match Database
Lore