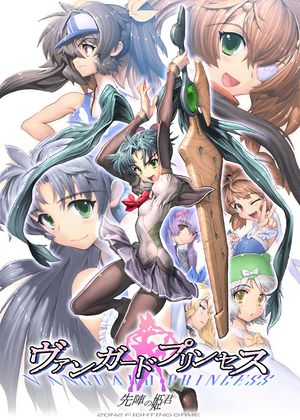 Vanguard Princess is a 2D fighting game developed by Tomoaki Sugeno (aka Suge9), rumored to be a former Capcom employee. With a unique system, vibrant graphics, and fluid animation, this game pushes the limits of the Fighter Maker engine.

On March 2014, the game was released on Steam by Eigomanga. That version of the game features multiple glitches and frame data inconsistencies that have gone unpatched for many years and probably won't be fixed. Therefore, it is recommneded to stick with the freeware version of the game.