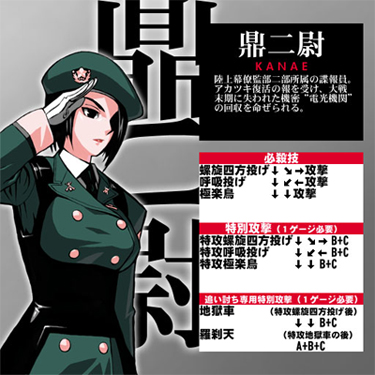 An intelligence operative belonging to the G-2 Division of the Ground Staff Office. In response to the news of Akatsuki's revival, she is ordered to recover the highly classified "Blitz Motor" that was lost at the last stage of the Great War. (from character selection screen)

She may not look like it upon first glance, but Kanae is the grappler of the game. Following many grappler archetypes from other existing fighting games, Kanae has to rely on dishing out damage mainly with her normals and signature grab move(s). One significant difference from numerous grapple character stereotypes is that Kanae has decent speed and isn't really hindered in terms of movement.

Another of her distinctions is that she can combo into her grabs like SNK titles. As well, the fact that all of Kanae's special moves cannot be tech rolled lead to her terrifying oki mixup game. Although her combo potential is pretty low compared to the other cast members, Kanae has her own sets of tricks that can be utilized for success.

5+A+B: Flips the opponent onto the ground for a knockdown. You'll want to keep this loaded in your arsenal as it has the advantage of not requiring a motion, like 236A.

4/6+A+B: Spins the opponent around and places them back on their feet depending on which direction was held. Holding 4 puts them on the left side and 6 on the right side. They can mash out afterwards if you try to throw them again, so mix in some 2As.

j.4/5/6+A+B: Catches the opponent and bodyslams them onto the ground. Kanae will end up on the opposite side of the opponent unless they land in the corner. 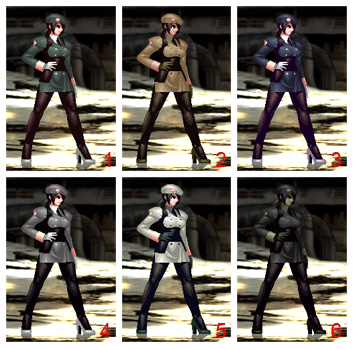 5A: Quick outwards palm strike. It has limited range and decent poking capabilities. It is also one of the few cancelable normals Kanae has. Should be used sparingly, as 2A is generally a better normal to be poking out. Can be used as an emergency anti-air.

5B: Kanae does a side kick. It has moderate range, but cannot be canceled into anything. Despite its range, it comes out relatively fast, making it a great poke. It can also used be to finish off a 2A mash/poke string for pressure or to squeeze out damage from stray 2A pokes.

5C: Kanae turns a bit, executing an outside spin kick. This move has a couple notable merits. One is that this normal is one of Kanae's longest reaching normal moves and will often be safe from reflectors if used at max range. Another point to note is that it knocks down on hit. Kanae benefits very much from knock downs, so this is a nice move to stick out once in a while. It doesn't cancel into anything, but you can connect with an additional 2C before the opponent techs if it was hit in the corner.

2A: Another quick, short palm strike, but this time Kanae does it while in a crouching position. This normal is also cancelable, much like the standing version. An advantage this has over the 5A is that it doesn't miss crouching opponents. Notable things to cancel into from this normal are 6C or her 236 series.

2B: Kanae strikes upwards with her palm. As the motion of this attack suggests, this is best used as an anti-air. Upon a successful ground to air hit, Kanae can catch the airborne opponent with a 22 B+C for extra damage (although the hit doesn't put the opponent into an unrecoverable state).

2C: Lowering her whole body onto the ground, Kanae reaches out with a leg for a sweep kick. This is a pretty useful and indispensable normal attack for Kanae. The first thing to keep in mind is that this the only attack out of Kanae's moveset that hits low. It also comes out moderately fast and has a pretty long reach for a 2C. Lastly, this normal keeps Kanae extremely low to the ground, allowing her to sweep under various high/mid-range attacks without trading or taking damage, and can sometimes even be used as an anti-air.

j.A: An aerial palm attack. A quick air-to-air normal, great for stuffing people out of the air. If the j.A is blocked mid-air, Kanae can link into an air-throw.

j.B: A low angled kick aimed towards the floor. Due to its ability to cross-up, this is a pretty useful air attack for Kanae when she's on the offensive.

7/9C: Kanae executes a mid-air dropkick that's slightly aimed downwards. Not a bad normal for air-to-ground purposes. Using it while jumping backwards can be an effective defensive maneuver.

8C: This looks much like Kanae's 5C, except done in the air. The important thing about this normal is that upon hit, it'll knock the opponent into the air slightly, putting them into an unrecoverable state, allowing the user to follow up with an attack. The optimal place to land this is in the corner, as it leads into Kanae's damaging palm loop combo.

鎧大筒 - Yoroi Oodzutsu - 6C: Kanae hops forwards slightly before making an attack with both of her palms.

前転受身 - Zenten Ukemi - 3C: Kanae rolls forwards about a half a screen.

天呑 - Tendon - j.2C: Kanae spreads both of her arms wide, crashing down onto her opponent with her chest aimed towards the ground. Appearance-wise, it's similar to a certain Russian wrestler's body splash. Also known as 'boob splash,' and a signature move of a certain waffle enthusiast.

螺旋四方投げ - Rasen Shihou Nage - 236+A/B/C: Upon grabbing her opponent, Kanae twirls them around her several times before tossing them into the air and letting them slam into the ground. This is Kanae's signature grab move.

極楽鳥 - Gokurakuchou - 22+A/B/C: Kanae leaps into the air, performing a ground-to-air grab that knocks down on hit.

特攻極楽鳥 - EX Gokurakuchou - 22+B+C: Invulnerable version of Kanae's anti-air throw. Can be used as a follow up 22A/B/C.

General Rundown of above video

Note: Despite the size of this list, most of Kanae's combos are corner reliant and are based around her 6C loop. Most of the combos here are variations of each other; her combo game is rather limited, and Kanae is far more dependant on good fundamentals and conditioning than combo damage.

~1000 damage. Basic string. Doesn't knock down, but it's easy damage and it pushes the opponent out.

~2600 damage. Difficult to hitconfirm but can be useful off a counterhit.

~1700 damage. Very easy to hit confirm but a lot less damaging. The knockdown is worth it, but sometimes three jabs is too much, and the opponent will be too far for the 236A to connect

~4900 damage, Kanae's corner BnB does amazing damage without using meter. If you have problems landing the last 6C, use 5B instead. You'll lose ~200 damage but the combo will be much more stable.

~4400 damage. You lose more damage but ending with 22C will bring you right next to the opponent for okizeme. If they are too low, 22C will whiff.

~5200 damage. Probably the most damage out of an 8C, but it's extremely tight on timing. Practice up. 22B+C will whiff if the target is too low.

~3800. Works when Kanae is cornered, as it throws the opponent behind her. Remember that you must catch a low attack.

~3800 damage (~4100 if 22B+C is used instead). Difficult to hitconfirm but can be worth it, especially on counterhit. j.C does less damage but is good for safejump setups on oki.

~2100. The 2B lifts the opponent enough that he following 5A link should be easy, height dependent.

~3000 damage. Slightly more damage than above, but timing can be wonky. Delay the second 5A

~3200 damage. Timing is stricter than the above reflect combos.

~3500 damage. Stricter than most but deals the most damage. Works best if delayed after the reflect, or after the first 6C.

~3500 damage. Confirming with 6C is much harder but buffs damage output.

~3500 damage. Confirming with 6C is much harder but buffs damage output.

Note: Most 22C enders can also followed up with a 2C OTG ender, but unless you do ambiguous crossup splash, it's usually not worth the extra damage in exchange for the okizeme potential, and likewise for 236B+C and 22B+C. 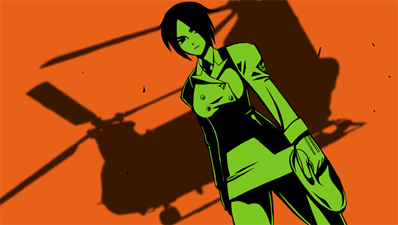