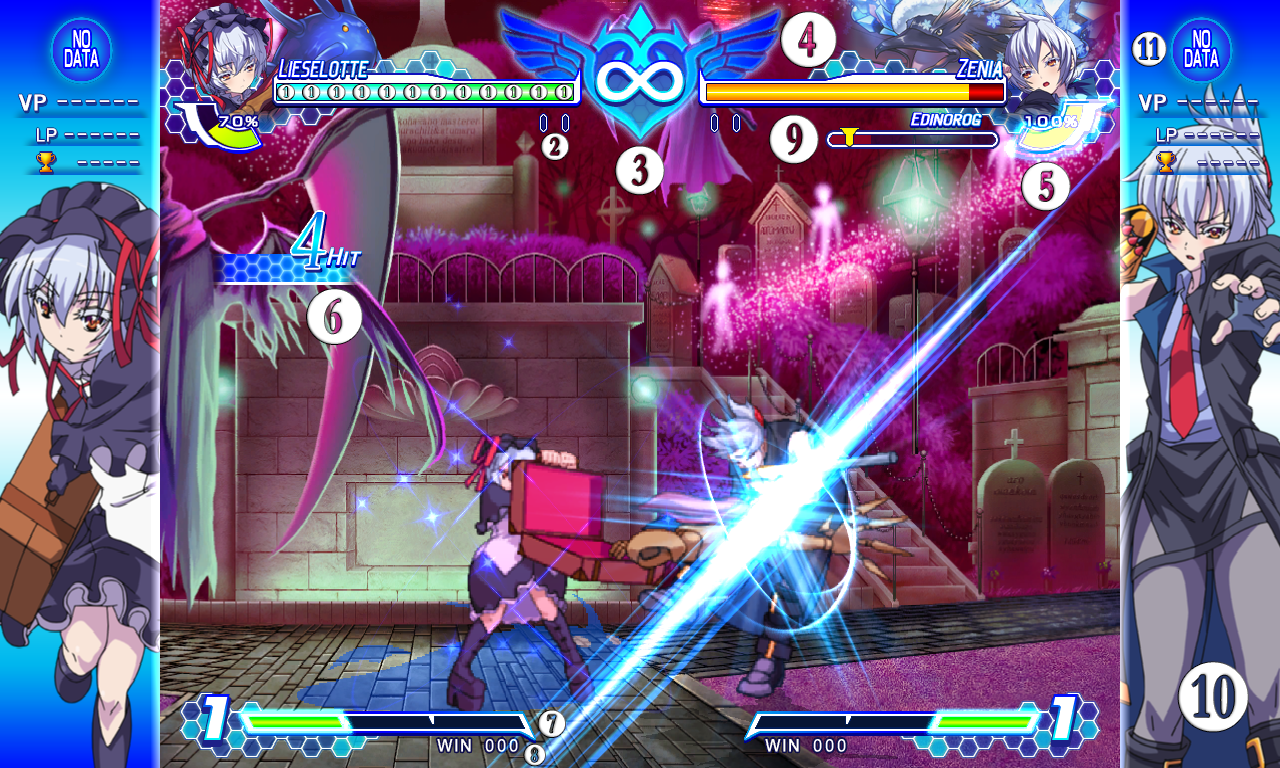 ① ― Health ・ This bar displays your current health. When it gets empty, you are K.O'd.

③ ― Timer ・ This timer shows how much time is left. The timer starts from 60.

⑤ ― Force Gauge ・ This shows if you can use your Force Gauge or not. The gauge is readily usable at 100%.

⑥ ― Beat ・ The blue numbers or "Beats" show how many hits you have done in a combo. Red Beats, are invalid combos that your opponent could have teched out of. After the combo, the damage done is displayed below.

⑦ ― Arcana Gauge ・ This shows how much meter you have. The red portion is your residual meter.

⑧ ― Win Count ・ This displays how many times P1 or P2 has won in the current set.

⑨ ― Special Gauge ・ Many characters have different abilities that may be limited in use. This gauge changes with each character and gives a visual representation of its number of uses, stamina, time limit and so forth.

⑩ ― Link Animation ・ These are visual representation of each character in Arcana Heart 3.

During a match, when there is nothing going on, the Link Animation will loop your character at standby. However, the animations will change depending on different situations. For example, when your character receives a hit, the portrait of that character will react to the damage. If you are winning by a large margin, then your character will have a relaxed expression. If you are attacking your opponent, the animations will change depending on how much damage you are doing to your opponent. There are more than ten different animations for each character. Any Link Animations that you have seen can be viewed at any time under the Gallery. If you would like to replicate an environment closer to the arcade version, you can turn the Link Animations off, replacing them with still illustrations on each side.