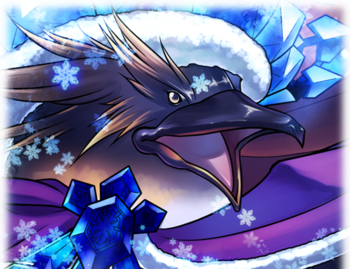 Almacia started out as a penguin who decided it wanted to see the world, and through its incredible journey gained great strength, eventually transcending to a higher state of being. As it still enjoys wandering, it willingly accompanies Zenia on her travels.