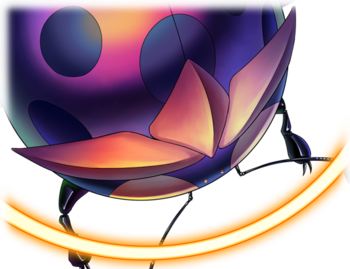 An Arcana born from a swarm of ladybugs, it shimmers and shines like a kaleidoscope. Once the protector of her mother, it now lends its powers to Dorothy.