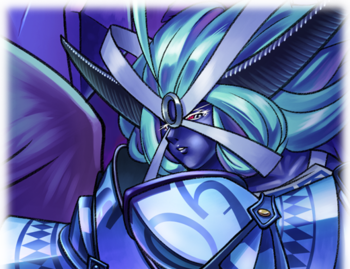 A being tasked with setting right the wrongs of the world, Koshmar is linked to the Arcana of Sin, Sorwat. As a result of her contract with him, Elsa was able to cheat death.