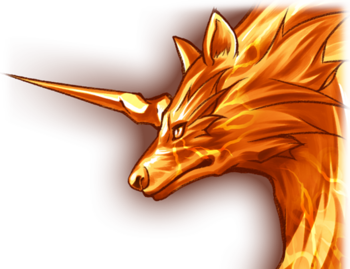 An immortal wolf who served as the guardian of Shangri-la, Lang-Gong has ascended to a higher state of being and was granted the ability to use the power of fire in all of its forms. Lang-Gong constantly seeks continuous change, and looks over Mei-Fang, a being capable of incredible change that it had never witnessed before.