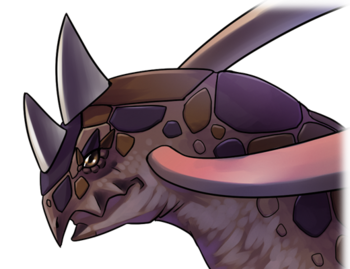 An Arcana with the appearance of a turtle, it is capable of playing with magnetism. Gentle and helpful, Median is a constant source of knowledge for Catherine in her pursuit of mechanical innovation.