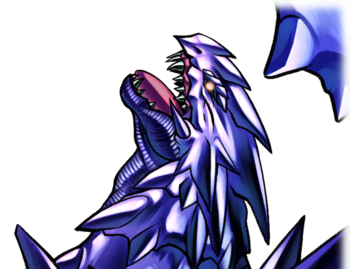 The oldest of the Arcana to exist on the spirit plane, it has skin made of orichalcum and can manipulate metals of all kinds. It agreed to help Fiona until she becomes human again.