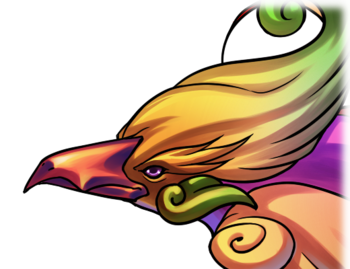 A being capable of manipulating all forms of sound, Phenex is enraptured by the raw emotion music often expresses. Its powers can be either supportive or destructive. Utterly charmed by Akane's singing, it aids her without need for any kind of compensation.