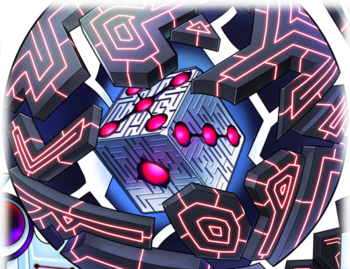 Although considered an Arcana, Saligrama is actually an ancient machine cast into the shape of a die.