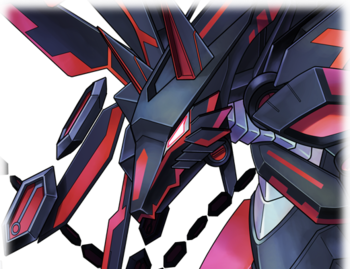 An armored spirit developed by the Drexler Institute, modeled after Fenrir, from Norse mythology.

You can use all of Baldur's moves in the air, however he will always appear on the ground to attack.