Kudlak comes from a long line of magicians and is the last to know the secret of magic (if you ignore all the other characters who are magic). When growing up kudlak lost interest in magic and pursued science and technology instead, but then he decided to go back to magic and now he wants to use the unlimited power of the Chaos Code to make the world worse as revenge for... something.

Kudlak is a character that specializes in zoning tactics. He can summon sacrificial dolls to aggressively control space, act as shields, or hinder the opponent's approach. He also has access to tools that are just not anywhere else in the game, like a jumping low, stealing meter/health, and a guard cancel.

Run: Run is the most common bounce, simply because Kudlak doesn't really benefit from the step cancels. His pressure is geared more towards pushing the opponent away than trying to get in

Kudlak's extra moves are all crazy strong and do things a chaos code character shouldn't be able to do. He doesn't have any real obvious holes in his toolset either, so you're really just free to pick any 2 that you think are good. Of the 4 Atonement is the only one that doesn't really stand out, but it has it's uses.

Surrender & Envy Surrender drains meter from the opponent & can be used as a mix-up on it's own. Envy is a jumping low. Together they can create situations where an opponent has to guess high/low/throw and on 2 out 3 of those situations they lose a chunk of meter. Kudlak also doesn't need any extra moves for exceed combos thanks to Weep, so you can create situations where you win round 1, have a big stock of meter, and you opponent has nothing because you stole all their resources. Very good position to be in.

Envy & Doubt Doubt gives guard cancels and, on it's own can enable extended pressure or combo strings thanks to the fast recovery. This can help Kudlak escape bad situations and Envy can help create openings.

Surrender & Doubt Same as the above but with Surrender. The situation of canceling into Doubt off of a normal that hits the opponent standing is a very good one for surrender, either tic throwing into it or comboing into it. It's not a use of meter that would be good for most characters, but because Doubt's guard cancel stocks last forever it's not really a waste if you didn't have them up.

Note : Unless stated otherwise, Kudlak can never have two zombies/dolls of the same type on the screen at the same time. Most of them have a cooldown period before disappearing that must be taken into account.

Don't sleep on the basics. 5D ender on a grounded opponent will send them full screen and allow you to set up projectiles such as 623A/C, 22B/D, and 214B/D.

Ground chain into air series. Normal jump is necessary to allow the jump cancel after the first j.D. Buffer 9B during the 214AC animation to ensure the beginning of the air series connects.

Basic combo off command grab. Can substitute with 214AC into air series, if desired.

Jumping low into hard knockdown. If point-blank after j.214B, 5C can be used; otherwise, substitute with 2C for stability.

The 6B > dl 22B loop in parentheses will only connect in the corner or if the initial hit is at absolute point-blank range; if 2A hit in the middle of its range, omit the second loop and continue with the air series.

This pickup off CH 214BD works at most ranges, although the timing of the air series after the initial hit will vary depending on the opponent's distance from you and from the wall. Be careful not to run after the initial hit, as this will cause you to super jump and leave you unable to jump cancel your first j.D.

The third hit of j.D will leave you too low to cancel into j.623AC at the end, so the early cancel is necessary for this ender.

With delay rejump. The microdash isn't needed for most spacings, but it can help your timing for delaying 2B. For the air series you want to delay such that the opponent is as low as possible and in as much hitstun as possible. Video Example

No delay rejump, the timings can be kinda tight here, but if you have trouble with delays you can do this instead. Video Example

Corner meterless launch. Getting 214C to launch and be comboable is spacing dependent, the opponent needs to be at a particular spacing out of the corner and kudlak needs to not push them to the corner. The first part of this string sets that up. This combo does not work on Cait & Sith. Video Example

The best way into Exceed is to use 214A instead of 214AC in a chain on a grounded opponent, then activate.

A relatively simple Exceed combo that works between roughly midscreen and the corner. Delay timings will vary depending on distance from the corner at the time of Exceed activation. Substitute 214AC for the first 214A after Exceed activation if farther than half screen for the extra corner carry. This will cause you to run out of meter after the second roll cancel, so end with 2C > 5D instead.

Roughly the same combo as above, but with a command grab starter. 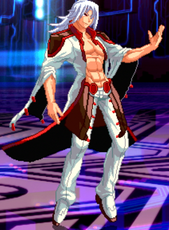 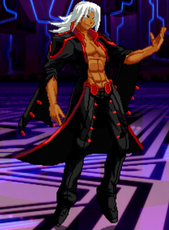 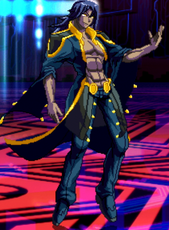 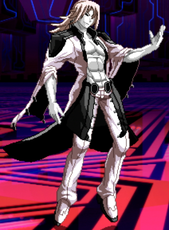 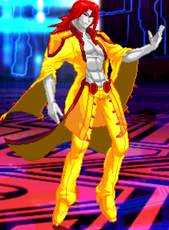 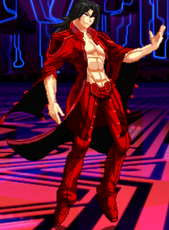 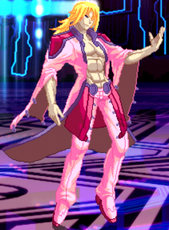 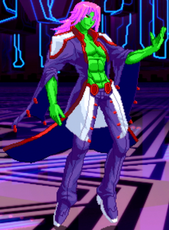