A war orphan who's sister left him during the war when they were children. Vein has never forgiven his cowardly sister for abandoning him, forcing him to live a hard life out on the street. Discarding his past, Vein has reinvented himself as a new, stronger, edgier being and plans to use the unlimited power of the Chaos Code to put an end to all the phonies that surround him.

Vein's ground fireball sticks around for a really long time which lets him set it up to meaty and then be free to either cover escape options or commit to a mix-up attempt. The rest of his toolset is fairly well rounded, ex teleport is a good anti-zoning tool, his DP works as a reversal, extra move options for a command grab or air fireball give him access to good mix-ups and space control. He also has good meter gain to fuel fairly high damage ex move combos as well as highly damaging exceeds.

Step: Vein's normals aren't exactly that fast, doesn't really improve his mixup game much since he already has a teleport and he doesn't get much off of throws, and he has to spend at least 1 stock to get any decent damage off of command throw which he can easily setup tick throws for with run.

All of Vein's extra moves are generally good utility to have, there isn't a lot of synergy between the moves, it's more about deciding which of the 4 you want.

Scorching Purple is a really good space control move. It has great angles for an air fireball.

Infernal Devotion is a command grab that seals movement options which gives you unblockable setups. You can also use it to option select parry attempts.

Fatal Finale is a counter super that can be used as a reversal, but it's main utility is that for 2 bars you can combo into it and it does a lot of damage. Vein doesn't need this for damaging combos but it gives him different routes.

Guilty Darkness is a setup super that puts a trap on the ground that erupts with hands if the opponent gets close. It's incredibly hard to deal with while it's out and if your opponent gets stuck air blocking it you can unblockable them for free.

There is an archieve of the old combo section here. Those were for vanilla PS3 and most likely don't work in the PS4 version, but some of them might and lots of the concepts remain the same.

While all these start off of jump-ins your starter largely doesn't matter, as long as you can find a way to confirm into the route you should be good

Midscreen (easy) tip:make sure you forward jump when you IAD, spacing on that part of the combo is a lil specific or else j.c or j.d will whiff

Midscreen to corner (easy) will also work when starting in the corner if you neutral double jump for the combo ender, it puts you at this spacing to put down a stationary puddle (236236b). Even though they airtech, its a very good situation in your favor. Worth a bar.

Corner double rejump Difficult combo, but worth it in stun and damage. Same concept as the easy corner combo in regards to the puddle oki at the end

otg route This is possible to do midscreen but incredibly inconsistent. Running start helps. The j.abc ex dp ender after 5a works for all of his other corner combos as well, it's the knockdown ender. It's usefulness varies depending on character and current meter.

Corner Throw Combo Combo off throw in the corner using 214BD. It doesn't do a lot of damage and that meter may be better used for 236BD oki or a metered confirm after meterless oki. However, it can be a way to end a round off throw if need be.

Near Corner Exceed Route Veins most damaging exceed route. Can be done as long as you are 1/4th of the screen away from the corner at the end of 236C. As usual, the inputs for your specials can be used as a short cut for super inputs (623AC 236C results in ex dp > super). Make sure you do the ex dp late after the initial side switch to let them fall more. If they are too high you will not be able to do the final 623A > 236236A.

Full Screen Exceed Route Does less than the half screen or corner routes but allows you to confirm into big damage off a defensive mash/abare in the corner. The important part in this combo is to make sure you delay the 236236A until after you cross through to the other side with 214BD.

63214c command throw disables their walking, running, rolling, specials, and supers. all they can do is parry and mash normals. If executed correctly, a well timed fireball into unblockable is inescapable. In addition, when in the debuffed state of the command throw, they don't get pushed back on hit. you can link some extra light normals for meter. 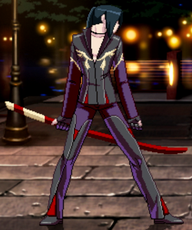 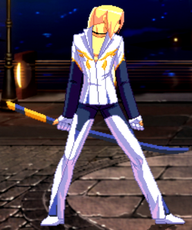 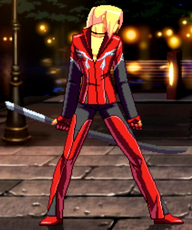 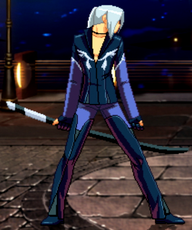 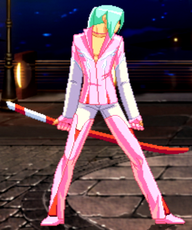 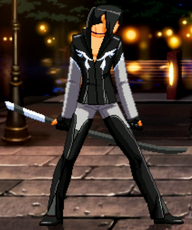 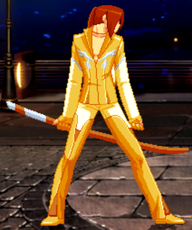