Harold is the big body grappler of Combo Babies, and a beast of a character in multiple situations. He boasts some of the highest damage with consistent conversions, amazing buttons to control neutral with, many 50/50's and unblockable setups, and one of the single best EX moves in the game with 236D. His [4]6C is an oppressive reversal and approach tool, and with a bar of meter he can easily convert into 70% combos or more. Buttons like 6B, j.C, and 2C are nigh uncontestable and lead to massive reward on counterhit. This is fairly standard for grapplers, but Harold combines these qualities with his incredible mixups in 214X and instant overhead j.A and incredible mobility utilizing a fast dash and airdash.

He does have a few weaknesses, namely in terms of frame data. Many of his normals are slow on startup, and he lacks many ways to enforce frame advantage, especially without meter. He relies heavily on the armor from 6B to control neutral, and has to play a bit preemptive with all of his other normals. This leads him to baiting heavily, using his mobility to dash in and out quickly before tossing out a huge button and finding the counterhit.

Harold is widely considered the best in Combo Babies, and for good reason. His oppressive offense, amazing defense, powerful metered options, and armored neutral tools make fighting him difficult, and every solid hit can lead to death. He abuses the systems incredibly well, and if you want someone who is easy, strong, and very fun, Harold has you covered. 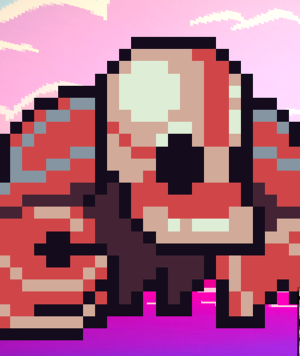 Harold has very high damage, stable combos, and getting his most optimal ones learned makes playing him much more rewarding.

His combos usually start off of a few moves: 5A/2A, jC, [4]6X, or a raw command grab. These all allow him to get his full bnb. 214X also does, but it uses groundbounce.

The go-to bnb meterless for damage and positioning. Works just about everywhere, and easy to get off the most common starters. Many parts require delays, but it isn't too bad to get used to. Add 214D instead of 214A to make this combo 210 damage instead, or add a super instead to make it a TOD.