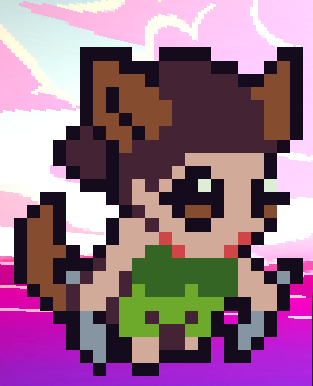 Lucey on the character select screen

A dog-girl who lives in the woods, Lucey is the games total rushdown character, relying on her mobility and fast moves to win.

As stated above, Lucey is insanely mobile, possessing plenty of moves that dart her all over the screen, a command dash, a command jump, a long running dash, and the ability to run on walls, it's impossible to understate her wealth of movement options.

On the downside, she has very short range, and doesn't have many combo routes she can easily access due to both her 236 and 214 being movement only specials. The EX versions do have hitboxes, but being EX means you need to spend a bar on them. Overall, Lucey is great for people who wanna run all over the screen and bug their opponent with quick and short combos started from fast moves.

The frame data in parenthesis is her frame data after using 236A command dash on block. This usually makes her more plus. The frame data shown is when it's cancelled as soon as possible, but later cancels leave her more negative.