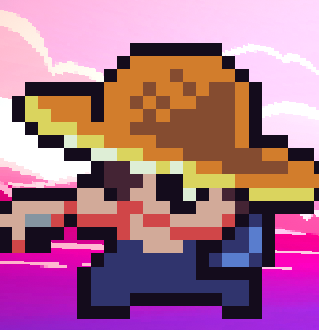 Rex on the character select screen

A small body with a big sword, Rex plays a unique role of having great midrange pressure alongside a parry.

Rex plays an interesting archetype, being more based on a stable and straightforward gameplan with some strong tools in it. He has solid damage output, combos that work on most parts of the screen, and great ways to start those combos. In pressure, 6B is a great command normal that can be airdash cancelled on block, leading to powerful mixups. He also possesses parries, which allow him to intercept an opponents attack and even start his own combos.

Rex's unique hop dash limits his grounded mobility by preventing him from wavedashing and dashdancing, making his approach options limited

On the downside, Rex possesses poor metered options. His super is hard to combo into, and not rewarding in general. His EX specials are weak as well, and don't provide many extra effects or extend combos. Alongside that, his gameplan is straightforward and can lose to strong gimmicks. Rex is a character for someone who wants a simple, well-rounded character with a decent tool for most situations.