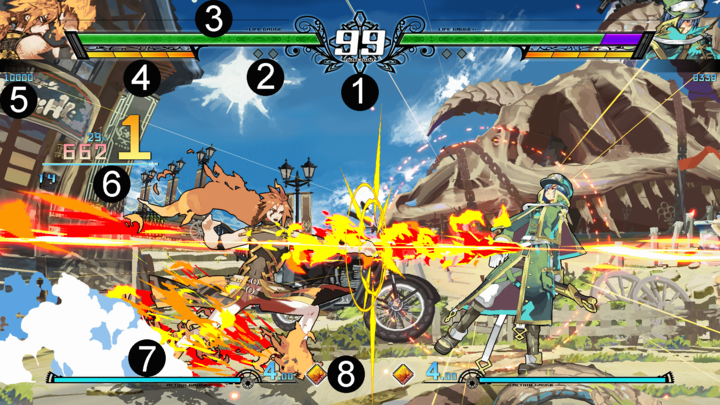 
Each round starts with 99 seconds.


The player who wins two rounds is declared the winner!


The gauge that shows how much health a player has. If a player's health drops to zero, they lose the round.


Allows you to do defensive options, four bars total.


The player's current health and character they're using (portrait changes based on character color).


Lets you perform special actions, can gain a maximum of four bars.


At the start of every round, both players will have access to a single use Burst that can be performed by pressing A+B+C together when under the effects of hitstun.

As you get opened up by different moves, little symbols in a white shape describe what you got hit by: