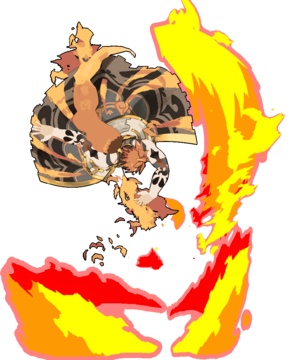 The most straight forward of them all. Moves that make your character's hurtbox disappear and become invincible for a short time. Great for getting out of tough spots and tight pressure, but are very punishable on whiff and block. Main and Sisca have access to a meterless invincible reversal that allows them to beat strikes, projectiles, and throws.

Invincibility is also tied to universal options such as Fatal Shift, Back Dash, Counter Boost, and certain supers. In regards to Fatal Shift moves/actions, these aren't invincible until frame 3.

Much like normal invincibility, except these moves are vulnerable to getting thrown during startup. This invincibility is related to burst-like moves. 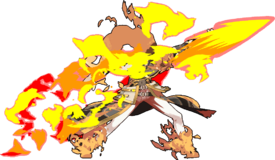 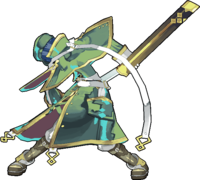 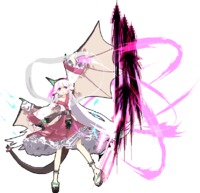 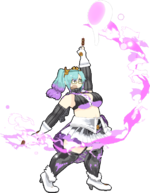 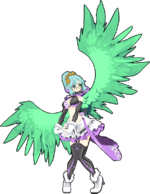 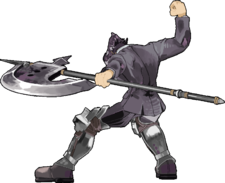 Attacks that can be avoided with Aerial Invincible moves are listed here. 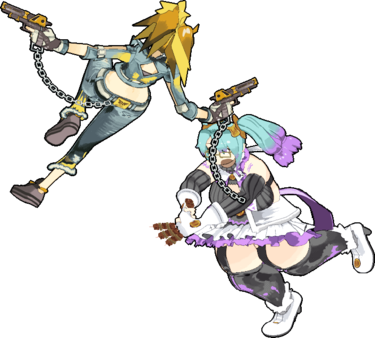 During the startup of high profile moves, these moves will evade and crush the opponent's attempt at throwing. These include normal throws and command grabs. Universally, every character's 5A, 5B/c.B, 2A, and 2B are completely invulnerable to throws during their startup.

More information on throw invincibility can be found here. 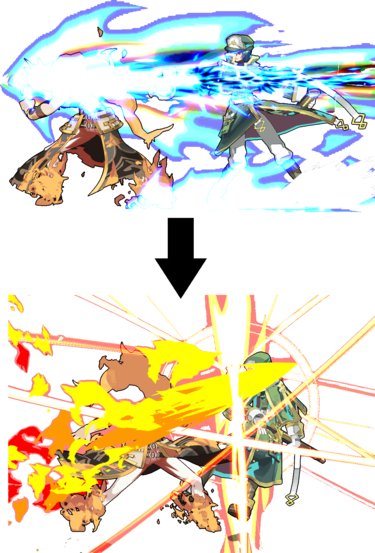 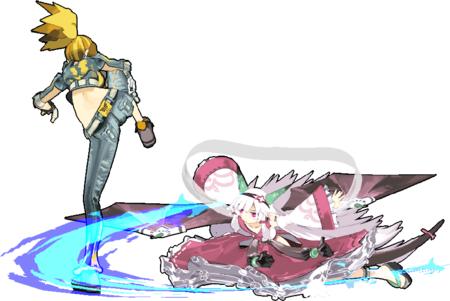 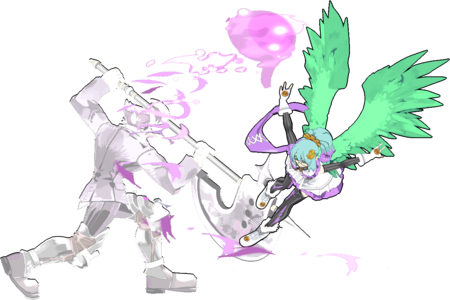 Moves with armor allow you to get hit by attacks and not be interrupted. Typically known as a "guard point", armor takes the hits like you're guarding them. You only take chip damage from moves that hit the armor, and no Risk Gauge damage will be dealt to you either! Armor can be found on Tactical Guard and some of Alcott's normals/specials.

Just watch out for grabs, as armor cannot protect you from those. Armored actions are not frame 1, meaning a fast enough attack will be able to stuff the armor attempt. Moves that only armor mid and high attacks will not be able to armor low attacks (and vice versa). 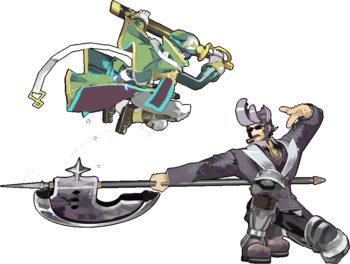 High profiling causes your character to hop in the air and avoid grounded options. Some high profile moves also have the ability to evade throws on frame 1.

Low profile moves make your character's hurtbox small and short, to where you can evade attacks from above or on the ground. 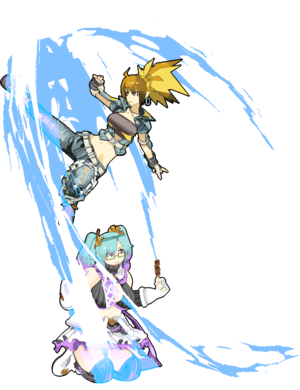 Whether you're playing lil' dragon Qdora or big burly Alcott, certain attacks are hard coded to not hit a character who is crouching. 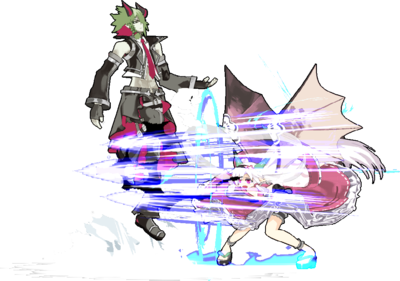 Starting on the 7th frame of a jump, your character will be invincible to grounded attacks such as sweeps. This invincibility lasts until you land back to the ground, or if you perform any action in the air.

While Saving Tina is flying, she is invulnerable to attacks that are Jump Avoidable. 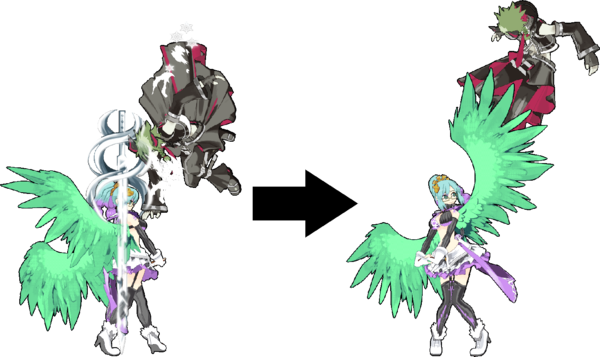 Regardless of how low to the ground the jumping player was when attacking from above, 6A gives the player full body invincibility against certain aerial attacks. Please note that 6A doesn't make you invincible to all attacks that can be performed in the air. Moves such as Qdora's aerial slashes can still hit opponents on the ground even if they're 6A'ing. Some grounded attacks that make characters airborne can also be entirely avoided with 6A. 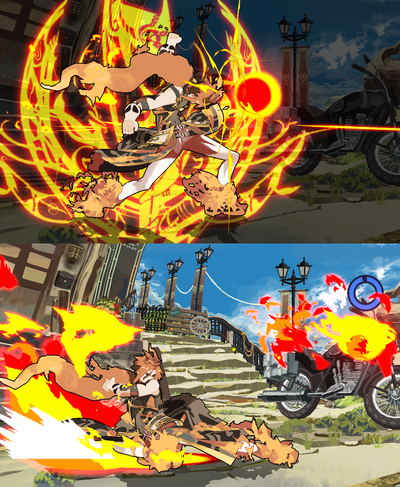 Once the screen darkens during a Fatal Shift, you can cancel your current Fatal Shift move and perform a different move once time resumes. Even when canceled, certain attacks will still be executed and remain active. This lets you perform two Fatal Shift attacks for the cost of one Action Gauge bar!

Projectile-like attacks are normally the ones that have this attribute, but certain normals are considered projectiles and remain active even after being canceled.

Hitting the opponent with certain attacks puts them in a state of reduced combo potential. Subsequent attacks will have greatly reduced hitstun. Performing supers however will deal full damage and hitstun. Fatal Shift versions of attacks are not affected by No Pursuit.