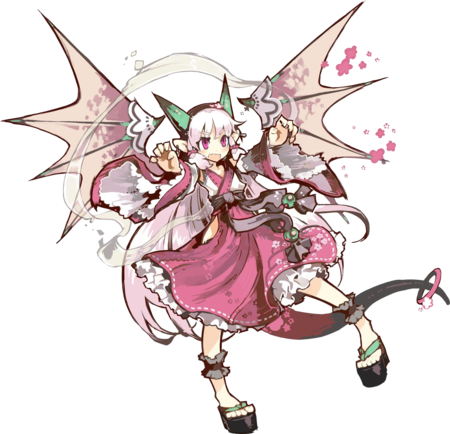 
While seemingly cute and dainty on the outside, Qdora is an absolute demon on the inside that breaks the rules and plays her own game. Her main goal is to throw out sigils with the D button, then detonate them at any given moment by releasing the D button (commonly known as negative edge). Once she's setup, Qdora can start oppressing the opponent while she dances in the air with her ability to air dash twice. Qdora can also fire lightning strikes horizontally, diagonally, or place one on top of her like a ticking time bomb. What all these moves allow for is space control, conversions from anywhere, and overall locking down your opponent from ever playing. On top of it all, she can evade attacks with her low profiling moves, pressure with mid-screen rekkas, and mixup with an airborne low attack!

Air Actions: Every other character has to choose between double jump or airdash, but Qdora can do both. She can also do them in any order such as:

Run Delay: While Qdora has the fastest run speed, there's a bit of delay before she transitions from walking to running.