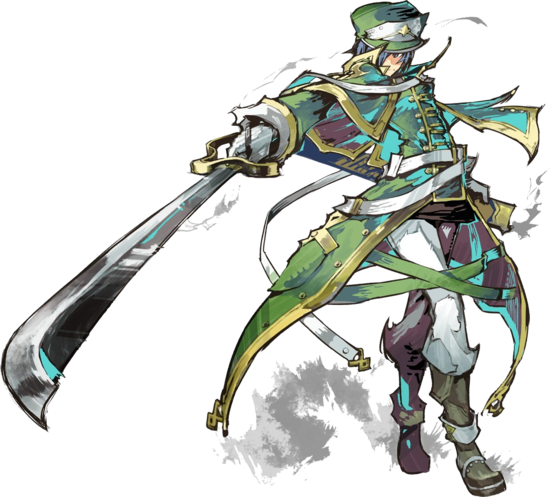 
Sisca instills fear into the opponent when in close range. Until then, she can play evasive and reactionary with her 236B/C command jump along with her unique backdash attributes. She has fast lows with little to no recovery, great air to airs, and multiple defensive moves with counter hit properties. She's slower on the ground than the rest of the cast, but once she gets a knockdown? That's where the fun begins.

A forward dash that passes through opponents. An instant overhead attack that can transition into aerial options. A command jump with 8 different followups that also lets her land on either side she chooses. And we're not done yet. This is all pieced together with her 236A; a double slash attack that knocks down and creates a seal on top of the opponent. The seal detonates right as they wake up, forcing them to block. But how should they block? High? Low? Left? Right? That is for Sisca to decide. 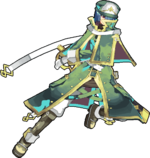 Forward Dash: Sisca cannot run, but instead forward dashes. Sisca's forward dash can pass through opponents, even when they're knocked down. She can also jump cancel her forward dash.

Back Dash: When Sisca back dashes, she flips backwards into the air and can perform aerial actions. Sisca can also do 236B/C followup moves during the end of the back dash. Many of her grounded normals can be canceled into back dash.