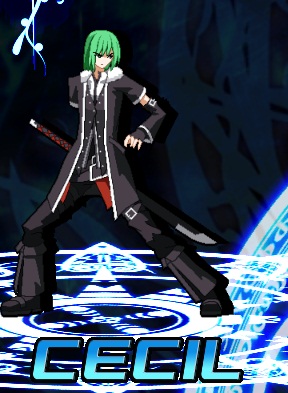 Cecil is a fast, defensive character. He has overall low health but he makes up for it by having a ton of crossup options built into his moveset. As a trade off, his health is slightly lower than average and he lacks solid pressure strings and mixup on block. That doesn't make him any less threatening, as he is capable of high damage combos off of a well placed punish (6C da gawd).

(44) - Teleports Cecil into the air, really close to the ground.