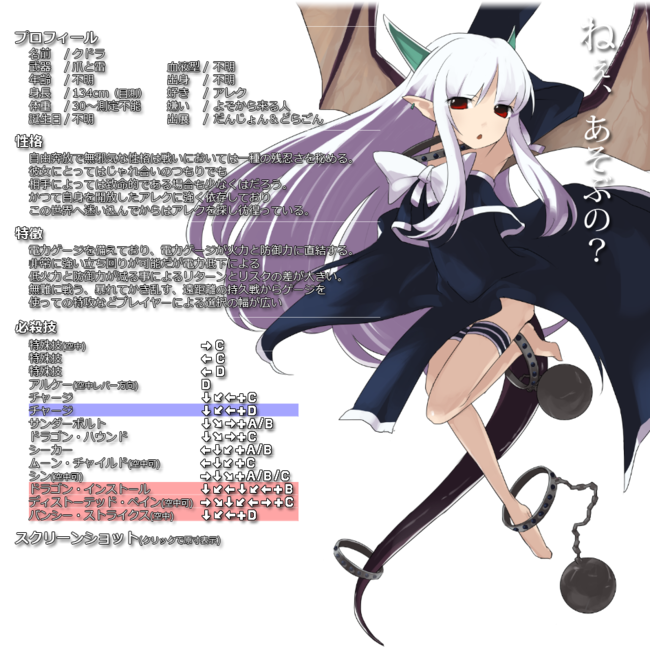 Part zoning, part rushdown, all adorable, Qdora is a pixie character with fast normals, versatile specials, and some of the best movement in the game, only surpassed (or contested) by Serena. In exchange for all of this, she has terrible health, probably the worst range, and nearly half of her moveset is tied to her unique 'Electric gauge' which also affects all of her damage, for better or for worse (oftentimes for worse). This weakness instantly becomes a boon once Qdora gets enough meter and an opening to use 'Dragon Install', which maxes her Electric gauge for a duration, giving her movement and mixup reminsicent of MvC2 Magneto.


-Cons-
- Normals have bad reach on average
- Electric gauge can gimp her damage ridiculously if not maintained (300 damage on a BnB?!)
- Special moves have very specialized ranges, making her move very whiff-punishable
- Knowledge of 'Dragon Install' is absolutely required to play the character
- No meterless reversal
- Low health; 7692