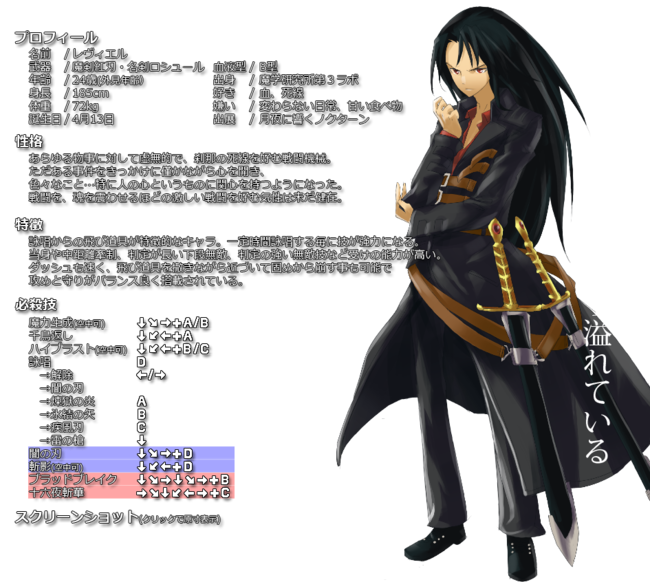 Reviel is an offensive-based setup character with a unique mechanic equivalent to a 'stance'. His neutral D puts him into a chanting state, with followups dependent on the next button pushed or direction held. Though each of the spell followups only hit mid, the ability to 'spell-cancel' his normals and the variable properties of each spell allow him many opportunities for frame traps and staggered pressure. Additionally, charging his spells to at least 100% of his 'Aria gauge' gives them better hitboxes or damage, allowing him to bolster his offense naturally during a match. Though his moveset and gameplan revolve around rushdown, he doesn't have any go-to 'godly' normals, and without careful spacing, it's very easy to find yourself getting counterhit instead by quick characters like Tae or Serena.

-Pros-
+ Useful normals for every situation
+ Overall balanced in health, speed, and range
+ Spell-cancels allow for strong frame trap mixup
+ Solid damage with strong setups in the corner
+ Simple but strong midscreen oki with 5D~C
+ Good reversal options between mashing, a counter and a DP