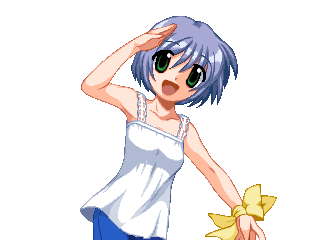 Kirishima Kano (霧島 佳乃) is a character focused on space control, she has access to the best projectiles in the game and incredible range on her normals. To balance that however, she is extremely slow and has a lot of trouble opening people up. Her defining mechanic is her magic: any spell she uses requires a fully charged magic meter. She can charge by pressing S, and cancel it by pressing S again, which, in combination with the range on her normals, allows her to do safe Order Sol style charge cancel pressure, varying the timing on her strings and giving her massive frame advantage. This however only works while her magic gauge is not full, so she continually needs to consider the trade off between access to spells and access to charge cancels.

Kano is one of the heroines of AIR, a visual novel produced by Key in 2000. Kano is a school girl in the town where the story takes place. Both of her parents passed away long ago, and she now lives with her older sister who runs the town's clinic. Kano loves animals, and takes care of the animals at school. She is always with her pet dog, Potato, also known as the "alien fur ball" to Yukito. Kano believes that the ribbon tied to her right wrist will enable her to use magic if she keeps it on until adulthood. During AIR, Yukito learns the reason Kano wants magic, and the purpose of the ribbon...

The normal move table can be found under Kano Kirishima/Move Data.

The special move table can be found under Kano Kirishima/Move Data.

Charge Cancelling is key to playing Kano, both her pressure and her Napalm Loop require it.

This is Kano's main high damage combo, while it's most commonly used off a BIC, it can also start off certain spell or normal hits. 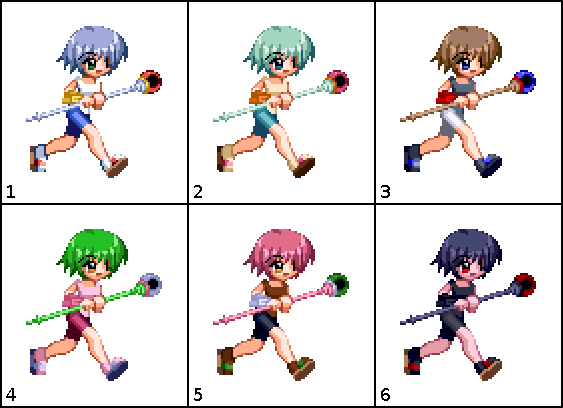