With her strong normals, good reversals, great damage and overwhelming lockdown, Nagamori Mizuka (長森 瑞佳), often called Cello, is widely considered to be the single best character in the game, outside of the last boss Kanna. Her unique ability to set notes, and have them explode when hit with her cello bow not only gives her great space control, but also allows for some extremely strong setups, which are only made stronger by her fast and hard to see overhead. Her trademark corner fortissimo lockdown gives her safe, airtight corner pressure which builds a huge amount of meter and can reset into itself on hit. She is also a character that scales very well with the player, as a beginner can win purely by using her strong normals and fast walk speed, while an expert player has room to grow in learning her more advanced note setups and clean hit combos. If she can be considered to have any weakness, it would be her lack of good long range options, and the difficulty she has converting off mid range hits in the neutral game.

Mizuka is the main heroine of ONE, a visual novel produced by Tactics in 1998. Mizuka is Kouhei's neighbour and childhood friend, and is in the same grade in school. She always worries about Kouhei, acting very maternal-like towards him. Mizuka goes to wake him up every morning, but Kouhei either does not get up or plays some mean tricks to her, causing them to be late for school all the time. During ONE, a pretend confession that Mizuka takes seriously ends up changing things between them forever. And when he discovers inconsistencies in his memories, he struggles to find the truth between him and Mizuka...

Stage: Park on the Path to School (Day) (通学路の公園(昼))

The special move table can be found under Mizuka Nagamori/Move Data.

Take any opportunity you get to create notes around the opponent.

If you are waking up and you believe that the opponent is going to attack, Slash & Prologue C version is a good wakeup to use.

If you manage to knock down the opponent in the corner, laying an f-note (Tone & Setup+ A version) would be a good idea.

Standard Corner Note: This is the most basic note setup that you should learn. While the opponent is downed in the corner, create a note on top of them (214A). From this position, you have the options of attacking low with 2A or 5A, attacking high with 6B, throwing them, or detonating the note with 623A. If you detonate the note, you will retain frame advantage and have a second try to break the opponent's guard.

Deadly Note Crossover: While next to a downed opponent, create a note right on top of them (214A), and just before they wake up, perform an A version Slash & Prologue (623A) to detonate the note. With correct timing, you will either attack them as they stand up, forcing them to block as expected (away from your original position), or whiff and land on the opposite side of the opponent, forcing them to block unnaturally (towards your original position).

Follow-up Bow: While far from the opponent, create a note far away (214B), throw the bow high up (236B), and dash toward the opponent. If the opponent tries to be offensive and punish you for that "missed" bow, they will be surprised when the bow loops back behind you and detonates that note on it's way back to you, launching the opponent for an aerial assault.

Includes spoilers. Expand at your own risk. 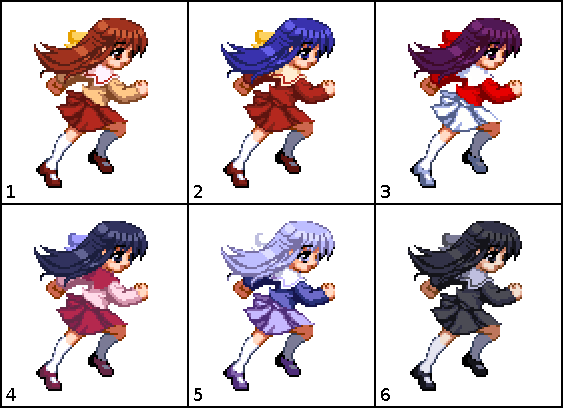