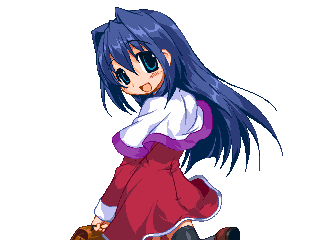 These are designed to maximise damage and also build Red IC back in time to IC the dj214214A into bunny super upon landing.

From 236C Knockdown in the Corner

Close to corner side swap

For the most part, Nayuki's okizeme comes down to using safe jump to basic mixups (high/low, empty low, throw) in order to make herself safe from reversals. Her safe jumps can come in many forms, and crossups are possible with them. The more familiar you can be with safe jumps amongst the cast, the better. jB is her most common meaty crossup as it has a nice crossup hitbox. Hitting crossup can be difficult on Mio, Kaori and Mai thanks to their wakeup collision boxes. Converting from a crossup jB usually involes landing and doing 2B 2C.

There are some instances where you can meaty with 5A and make the opponent's reversal whiff, but it largely depends on the reversal. She can also do this with any form of meaty as well, but 5A and 2A might be your safest bet. 2B is excellent for a meaty and checks if the opponent messes up their reversal or not, but generally a plan where you're hoping the opponent messes up is a flawed one. (I also would not consider meaties without other factors okizeme, but to each their own.)

With Snow Bunnies active, you have plenty of options to make the opponent take incoming mixup. However, you want to be aware of RG when doing so. Using Snow Bunnies against characters with command grabs such as Ikumi, Mayu, and Rumi will generally reverse the situation and leaving you with less meter and health. The most basic mixup you can do with Snow Bunnies is with 236A and 236C. Beyond that, you can also air dash into characters to make them take a left/right mixup. Finally, there's throw... but opponents can air tech once frozen, so it's not a good option.

Finally, there's Final Memory, but this comes with a catch: You have to make sure the opponent can stay within the effective area. If the opponent is particularly stuck at the Grandfather Clock's active frames, then you're free to run mixups on them. 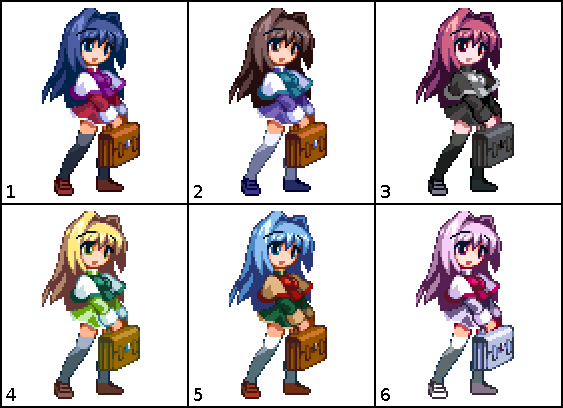