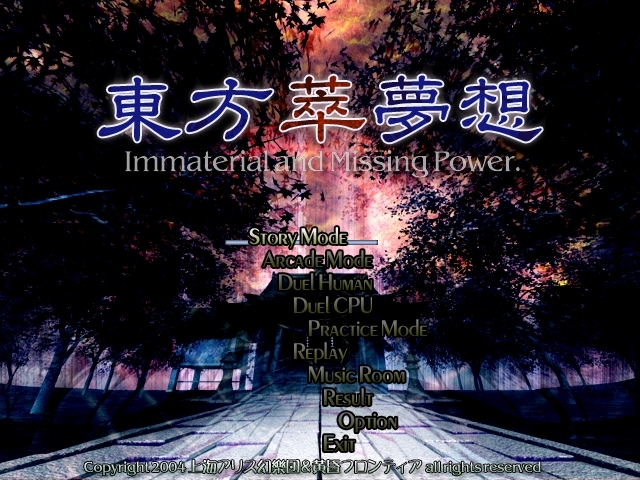 Story Mode is the mode most of the shmup fans play this game for, as it resembles traditional Touhou games. In this mode, you pick one character and proceed through seven preset scenarios. Gameplay in this mode differs in certain regards:

Arcade Mode is a straightforward mode where you fight against every single CPU character (including a mirror match), except for Meirin, in normal, non-Story Mode battle. Once you go through them all, that's it and the game's over.

Before selecting your character, you can press Pause to set Auto-guard on or set a damage handicap, with 1 being the lowest and 5 being the highest.

When selecting a spell card, you can obscure your choice by pressing D, giving you a slight advantage if you have multiple viable options. This is because spell card selection is only visible during the character select screen and during spell trance.

To pick the nighttime version of the stage, press down, and then up again to pick the daytime version. Remilia, Yuyuko, and Suika's stages do not have a second version, and Meirin does not have her own stage.

Duel Human is the two-player versus mode, essentially identical to Arcade Mode except you play against a real opponent. In this mode you are able to choose your character's alternate costume color by pressing D to select the character. A list of hotkeys is as follows:

Duel CPU is the same as Duel Human, except you fight against the AI. You can set the difficulty in the Options menu, and you select what character and spell cards the AI uses.

Practice Mode allows you to select your character and a training dummy to practice your techniques. Note that you cannot use handicap in this mode. Also, your spell card selection is disregarded as you use hotkeys to cycle through the various spell cards. A list of hotkeys is as follows:

Replay Mode allows you to view replays of matches from either Story Mode or Versus Mode. Replays do not need to follow a filename format, but must end in the extension .rpy. Replays may have a name of up to 8 alphanumeric characters and are numbered and dated, showing the characters used and the difficulty level (if applicable). Replays can be sped up to varying degrees by holding Ctrl and a number from 1 through 7. Press Pause to bring up the menu, which will allow you to continue watching or exit back the replay list. 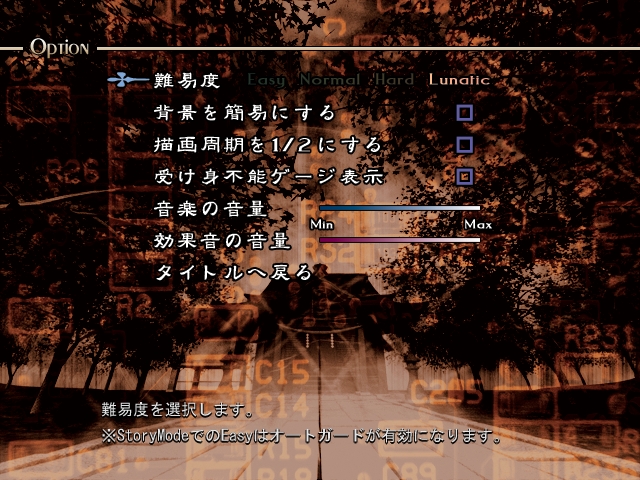 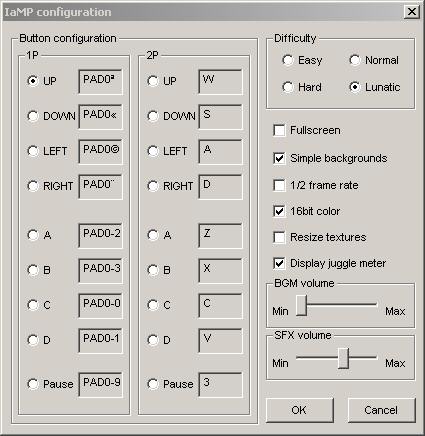