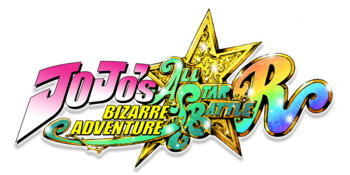 JoJo's Bizarre Adventure: All-Star Battle R is a 3D assist-based fighting game based on the JoJo's Bizarre Adventure franchise. With a cast of over 50 JoJo characters, the game acts as a successor to the original JoJo's Bizarre Adventure: All-Star Battle from 2013. Developed by CyberConnect2, creators of the Naruto: Ultimate Ninja Storm and Demon Slayer: The Hinokami Chronicles arena fighters, and published by Bandai Namco Entertainment, it was released on September 1st, 2022 for Steam, PlayStation 4, PlayStation 5, Xbox One, Xbox Series S/X and Nintendo Switch. All-Star Battle R includes a multitude of new changes from the original game, including an overhauled combat system, new gameplay modes, and a massive rebalancing of the entire cast.

This wiki was created to serve as a general hub for the game and its resources, in order to have a general location for all of the game's techniques and information regardless of skill level. If you would like to read more information about in-game mechanics or general beginner's tips, check out the FAQ and Glossary pages for information on terminology, mechanics, game data, and how to start out playing.

This wiki is also a heavy work-in-progress, and as such, there are some parts of the wiki such as character-specific pages that will remain under construction for the foreseeable future. Please bear with us as we continue to work!

Contributing to the Wiki

Help is always appreciated, but before contributing, please review the following guidelines, to ensure that the pages remain consistent and well-written. To stay in touch with the editors of the ASBR wiki, join the ASBR wiki discord.