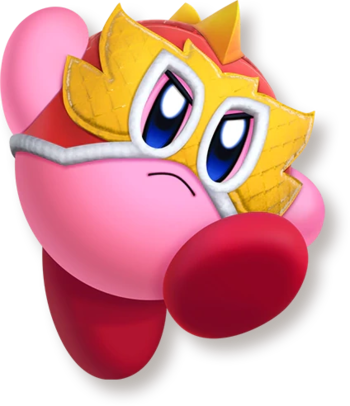 
Wrestler's main goal is to get his grabs going and take his opponent to the corner, where he gets 50/50s to continue the pressure.

Approaching with Tackle Grab (66B) can be predictable, so good neutral tools for mixups are full jump Rolling Sobat (j.B), Flying Dropkick (66AB), and Chop (5B). Grabbing of course is very good at threatening people and a strong option, and opponents wont want to jump because Wrestler covers the air well.

He has a lot of throws, and the basic gist of when to use which is: Megaton Slam (2) when you're facing the corner, this can lead to a Flying Grab (8B) if they don't airdodge, or a read and coverage if they do. Giant Swing (6) when you're 1/3rd screen, this throw can actually move during the spinning part, which lets u move closer to the corner, it gives you less time to set up your flying grab but it's worth it still. Air Suplex (4) when facing back to the ledge or mid screen, this can be followed up with a quick air puff (A then B very quickly when airborne) which leads to a mixup between 8B or a landing Headbutt(j.8B). Blazing Back Breaker (8) is good when you're in the corner right up against the wall, opportunities for this one are more rare but its probably the most advantageous mixup wrestler has. Rolling Breaker (A) throw does the most damage of all of wrestlers throws, and it can put people on platforms BUT If you're going for optimal damage, you can do Blazing Back Breaker and follow it up with a Rolling Breaker for a 40 damage command grab! However, this leads to the worst mixup as all characters can simply fly away and are not vulnerable to 8B.

If you get an 8B grab you can either wait to land and have access to all your previous throws, OR you get two air throws. Air Corkscrew (B) sends opponents down and bounces them off walls and surfaces, it can combo into j.2B and does good damage. Ultra Back Breaker (A) is a version of up throw that does more damage, Kirby lands and tosses his opponent toward where he was facing, this one can be looped and is quite infamous, however players will start airdodging so be ready to punish.

The main mixup here is airdodge vs attack, 8B beats all attacks in the game with a few exceptions (Water j.2B, staff pogo, and bomb set), but loses to airdodge, however you can delay the 8B to catch the airdodge and loop the throw mixup.

There's more specific stuff but this should be enough to get started! Enjoy Wrestler!