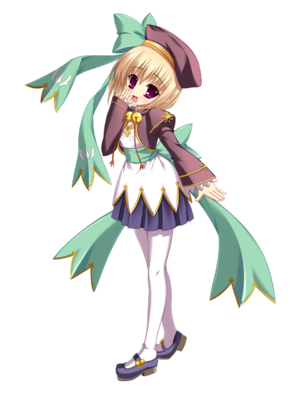 Revered along with Hōtō as one of the greatest strategists of the age, she is known as the Sleeping Dragon. She wishes to dedicate her wisdom and cunning to the cause of making the world a better place. She can use the tactic "Southeast Wind" to trigger whirlwinds. 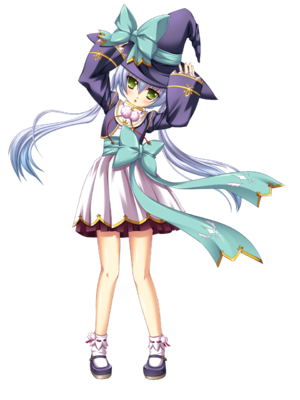 Famed strategist from the same school as Shokatsuryō, and known as the Fledgling Phoenix. Shy and retiring, she wears a brimmed hat pulled down low over her face. She can use the "Tactic of Linkage" to bind her enemy with chains. 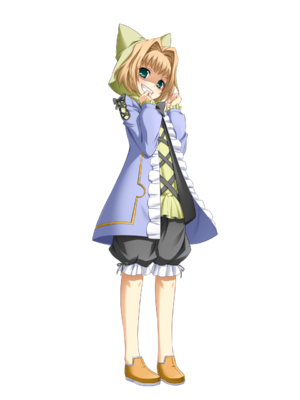 Strategist of Gi, unfailingly loyal to Sōsō. Disdainful of those with lesser intellects, she loathes Kakōton in particular. Ironically, she behaves much like Kakōton by often acting impulsively in the name of supporting Sōsō. She can use the tactic "Gloomy Torture" to capture enemies in an invisible trap. 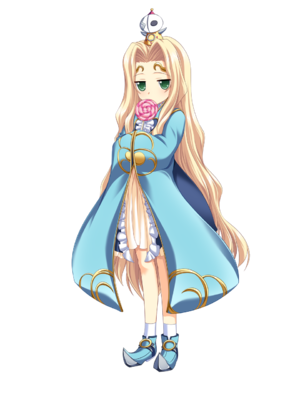 Laconic and easygoing strategist of Gi. Normally relaxed and unfocused, when it comes time to propose a strategy, she is cold, calculating, and entirely devoid of emotion. She can use the tactic "Houkei Collider" to bring down a lightning bolt on the head of a doll. 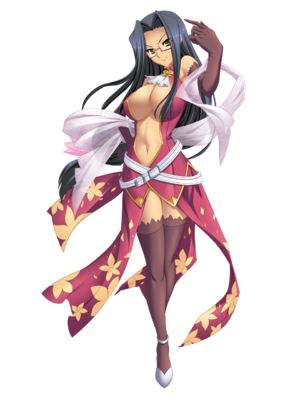 Leading strategist of Go and close friend of Sonsaku. A central figure of Go, she combines military strength with political astuteness. A realist, she considers all matters from the perspectives of "reason" and "long-term benefit." She can use the tactic "Flame of Shūyu" to trigger a conflagration in front of the enemy. 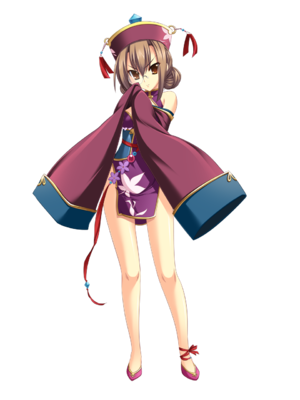 A low-ranking bureaucrat serving Sonken. Her sharp-eyed appearance makes her seem aggressive and unapproachable, but this is in fact due to her myopia, and not any actual personality trait. Self-conscious regarding her appearance, this has led her to be shy and somewhat unfriendly. She can use the tactic "Hit by Ryomō," throwing multiple weapons concealed up her sleeve at the enemy. 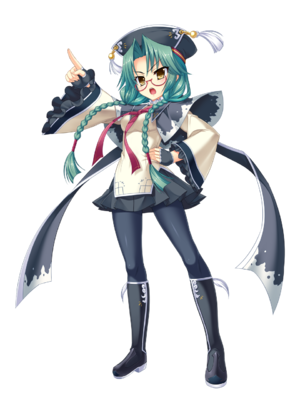 The hot-cold running strategist of the Tōtaku army and Tōtaku's childhood friend. Has terrible misfortune some days, and is often at the mercy of unfortunate events. Freezes enemies with a pillar of ice which reaches up to the heavens. 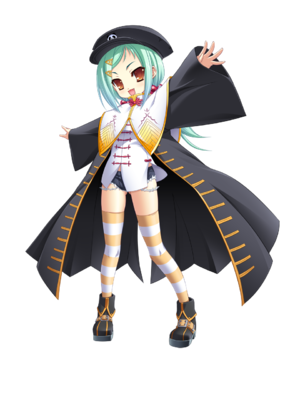 Ryofu's strategist, she is utterly devoted to her, and accompanies her wherever she goes. Her inexperience and childishness often leads to her strategies being seen through by opposing strategists. She provides support for Ryofu with her special move, "Chinkyū Kick."

Chinkyū is the only strategist whose palette changes based on the respective point character.