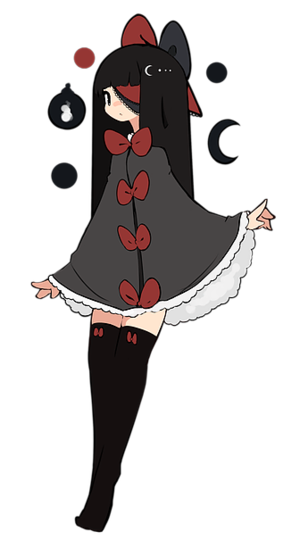 The head magician serving the Queen of Frost. After discovering a book describing a powerful treasure laying in the Great Circle, she called together an adventuring party to investigate.

Her movement is floaty, and the low spread on her attacks combined with the ability to summon large bullets directly over her opponent's head makes her suited for long-ranged battle. She also has a wide variety of arcane status-effect magicks.

Royal Arcanist has 5 moves, thanks to her DS being two separate moves (tap/hold). Her defense isn't super good and she doesn't have wild pressure but she's got status effects, and they're VERY good. Also drops a moon.

You can cut off vertical movement in a lot of cases by using arcane magic while above or below them. Try to use statuses in concert with other things to control the opponent's movement and force them into an area where they can't avoid time stop, then make their time miserable.

Keep dropping those moons! They force the opponent to move and apply constant pressure.

Although Time Stop will destroy even your own minor bullets, you can still shoot out of it while maintaining your inv if you're at the edge of it, allowing you to create pressure while staying safe if your Time Stop was forced out for defense.