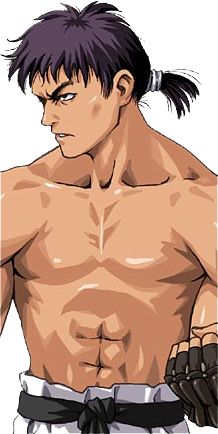 Reiji is invited to participate in the Matrimelee tournament where the prize is a Princess's hand in marriage. Reiji decides to enter the tournament to test his Karate and has little to no interest in the Princess.

Reiji is a rushdown character at his core. He has access to a dive kick and a quick overhead. However, he does have some defensive attacks such as 236.A/C and 623.A/C.