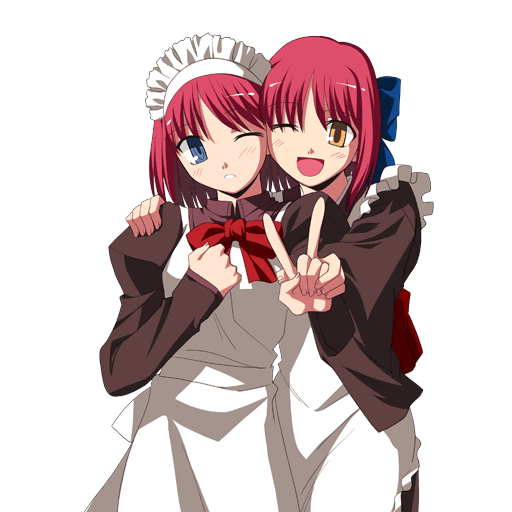 Overhead broom swipe that has decent range, great anti-air box, but some character can crouch it.

Same as 5b but will ground slam on hit for otg setups. Also wont hit as high as 5b but has farther reach.

Kohaku pokes with her broom then spins it for a 5 hit launcher. Move is fast but if it whiffs you will die for it. Cancelable of the first hit.

Crouching fast punch. One of the fastest 2as in the game.

Double swinging broom attack. First hit has less range that it looks like it really does, though it hits pretty high so can be used sort of as an anti air. 2nd hit is rarely uses, and if it comes out it usually leads to your pain.

Very long range sweep with her broom where she literally puts her whole body into the move. Relatively fast but has terrible recovery.

same as 2c but more damage and good for staggering.

Long poke that hits far ahead of her and above her.

All purpose broom air broom swipe. hits slightly below and behind her.

Same as same as j.c, just does more damage.

Hisui uses a ladle to launch her opponent.

Hisui uses a watering can to trip her opponent and drain their meter.

Hisui swings a frying pan in an uppercut motion.

Hisui brings the pan back down with an overhead strike.

Hisui does a sweeping strike with her frying pan to wallslam on hit.

Another water bucket attack with some water splashing. Doesn't hit far below her but can cross up.

Hisui smacks you in the face with a WHOLE table. Good attack as the table doesn't count as Hisui's hit box.

236a: Low battou slash. Chargeable to make it overhead.

>A followup: Kohaku will swing her broom for a follow up attack.

>B followup: Kohaku will do a command roll after the slash.

>C Feint: Pressing the C button before the attack comes out will cause Kohaku to do a feint with fast recovery.

236b: High battou slash. Chargeable to make it wall slam.

>A followup: Kohaku will swing her broom for a follow up attack.

>B followup: Kohaku will do a command roll after the slash.

>C Feint: Pressing the C button before the attack comes out will cause Kohaku to do a feint with fast recovery.

236c: Low battou slash. When it hits it causes an forced knockdown giving you plenty of time to set up any type of oki you want.

j.236a: Kohaku rides her broom straight forward like her air dash, except in magical amber form and with a laugh. Able to use the rest of her air options after it recovers.

j.236c: Magical Amber comet. While doing the dash Kohaku now also does damage to the opponent. Able to follow up afterwards.

214a: Hisui assist, Hisui does a palm strike that wall slams.

214b: Hisui assist, Hisui will use her chair attack.

623a: Kohaku swings her broom like a golf club to launch her opponent. Chargeable for more damage. Reflect projectiles.

623b: Same as 623a but with high invulnerable. Reflects projectiles.

22a: Kohaku lets out a small bomb with a "kyaaaa~" which explodes upon hitting the ground.

22b: Kohaku lets out a small bomb which she can hit after it hits the ground. She can continue to hit the bomb while its midair, and it'll explode on contact with the ground.

22c: Huge unblockable bomb. Both players can knock it around and it'll explodes once its timer reaches 0. Explosion will also hit Kohaku

41236c: Dubbed Mr. Chin. Kohaku dons a Chinese dress and charges the opponent. If it hits it'll do a short 3 hit combo and circuit break.

214214c: After Kohaku hits the opponent, the sisters will continuously combo the opponent before ending with an air throw.

236a: Multi hitting ladle stabbing attack. Ends with a knockdown

236b: Multi hitting ladle stabbing attack. Hits a few more times and ends with a launcher.

j.236c: Ex yayaya. Will put a grounded opponent into the air.

214c: Kohaku assist, Kohaku does her half moon 6aaa.

623b: Upwards duster attack. Need mad yomi to land this and you dont get anything off of it, not a reversal. not recommended to use this move.

623c: EX dust that hits 5 times and moves forward slowly. If you want the opponent to block use this. Free "Sit there and let me run shit on you" move.

22a: Hisui makes you a picnic. She sets down a bento in front of her that'll explode upon the opponent when they are not blocking. Very useful after a throw or 623a

22b: Same as 22a but she sets it farther forward, not as useful but can make some interesting block strings mid screen.

22c: Hisui sets down a stool for about 9 seconds that clashes when hit by the opponent.

63214c: Kohaku Assist, Dubbed Mr. Chin. Kohaku dons a Chinese dress and charges the opponent. If it hits it'll do a short 3 hit combo and DOES NOT circuit break.

214214c: After Hisui hits the opponent, the sisters will continuously combo the opponent before ending with an air throw.

Pretty much copy pasted from H-Koha section since this will all work with her as well (when leading.)

Corner only. Works on very few characters (Kouma, Sion, V Sion.) Must start off 2A, it's really hard to get the 2A after 2[C] if you start from j.[C].

Follow-up after a successful counter hit to an opponent in mid air. Requires Kohaku to be very close to the opponent when she begins the follow-up. Adjust timing so the 2nd hit of 236BA hits the opponent at the tip of the broom's hitbox. Slightly delaying the 5A whiff lets Kohaku move forward more off her 2C animation, allowing to 6AA connect (with more characters, at least).

Follow-up after shield counter. Walking back during the first delay (before 2C) prevents crossing up (and therefore screwing up the combo) against some characters. IAD j.C timing is strict; remember not to hold C longer than two frames (or else combo becomes invalid). Against Nero, omit the 2C.

standard combo that will work anywhere. does decent damage.

cooler looking combo that works in corner only.

forced knockdown for bento oki. (6cc cant be canceled but its another option.)

5a: Hits higher, even worse horizontal range, doesn't chain into itself as well. Mid attack.

5b: Good hitbox, good speed, moves you forward which is useful. Mid attack.

2b: Less horizontal range than 5b, but still moves you forward, highest hitting normal along with 3c. This is your designated anti air, it has clash and gives plenty of time to hitconfirm on a counterhit. Mid attack.

5c: Good hitbox, decent speed for a C type attack, used with 22c a lot because of the damage/guard damage on this move. Mid attack.

5[c]: Longer hitbox, does more damage. Use it for starting combos on guard crushes and air counterhits when possible because it goes into a lot of damage with a regular combo.

5[c](full): Throws a sword like a ninja. You can actually follow it up with f.Kohaku's 236s series since you can't cancel it into other specials (your assist moves).

3c: Launcher, appears to hit about as high as 2b, but slow. Mid attack.

j.b Probably your best aerial, pretty fast with a ton of range, though it seems to extend your hittable box a good bit as well. Can also do a very good job air to ground, especially on taller characters.

-All off Kohaku's ground based normals have the guard break property.

22d: Swap maids. The body contact from the clap recharges their love to full. Can't cancel into this.

236d: Your current maid cheers on your assistant maid, recharging their love to full. Can't cancel into this.

If you try to do an assist and you do not have enough love, your assistant maid will fall flat on her face for ~5 seconds, but come back up with full love.

22a: Holdable. Need to juggle the held button if you want to throw with it out.

22b: Really only commonly used in setups, but gives lots of block stun which is good.

22c: Faster than 22b and easier to setup, not to mention even more blockstun, amazing.

2222c: Johnny, not really good in setups because you're playing f.maids and your block strings are godlike. But you can use it for burning meter at full screen or to throw people off I guess.

C (3 <3's): Same as one of Hisui's specials, tons of blockstun, but primarily useful in the corner or if you can get Hisui behind your opponent.

236a: Hisui runs forward and listens to your command until she stops.

236b: Hisui runs backwards and listens to your command like an obedient slave.

236c: Hisui super jumps in the air and prepares for an aerial assault

214214c: Combo arc drive. Does pretty good damage, it seems to be what causes the Kohaku arc drive finish air throw bug lol. Puts your assist a good distance behind your opponent even in the corner which can be useful.

Air Throw: There is a bug introduced in the console version where Kohaku's air throw counts as an arc drive. Has no effect on game play.

2a 5b 2b 5c 214a 2c 3c j.bc sdj j.abc AT -- Last combo with extra damage instead of setup. Gotta be close, maybe sorta character dependant, but ultimately not normally worth it.

2a 5b 2b 2c 624c 5b j.bc sdj j.abc AT -- That 5b link can be hard, extremely dependent on spacing. More damage than Kohaku arc drive combo, but no circuit break.

j.c pushes you too far away for 2a unless you cross up with it. However if you do 2a fast enough it seems to cancel this push back effect, though it links into 5b anyways. j.b does not so use 2a for that.

For those clowns you try to chicken block your setups, make them pay.

2a is probably your best normal for if you get them to chicken block some sort of falling air normal, since you can use it to confirm in the air or on the ground.

5a is your fastest move that hits pretty high, 2b hits the highest. Everything goes into aircombo so just use whatever works.

Keep your love meter charged up, because it's hard to win without love. Here's some basic stuff though.

-End combos with a 22b setup to give yourself time to recharge love.

-If you get a 22b setup and still have plenty of love, you're probably better off going for a mixup (which is always an option anyways).

-There's plenty of time to recharge meter after an air throw but you're giving up your godlike okizeme for it.

-You can't cancel into 236d like you can your other assist moves, so sometimes it's not a bad idea to let hisui die.

-All this stuff and more is just up to your best judgment.