Akiha is one of the five Tsukihime heroines, and together with Arcueid and Ciel make the "Main Heroine Trio" (Hisui and Kohaku are officially referred to as "pseudo heroines"). She is the current head of the Tohno family, biological daughter of Makihisa Tohno, and adopted younger sister of Shiki Tohno.

Like all other members of the Tohno family, Akiha has demonic blood coursing through her, though it's considerably weaker than that of some of her relatives, and thus she can use its power without going insane. Akiha has been playable since the first iteration of Melty Blood, and has a long list of doppelgangers in the game: G-Akiha (non-playable boss), Akiha Vermilion and Seifuku Akiha.

As a playable character, Akiha has great versatility in all of her Moons, boasts the game's highest defense values, and generally favors using her very strong normals to bully the opponent into the corner where she can work her setplay. Her main weakness is her relatively low speed and somewhat low damage output, though neither of these are especially damning faults and she is usually considered a strong mid tier character. 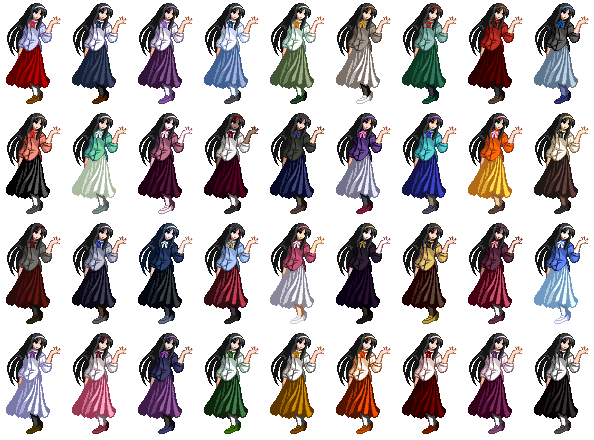