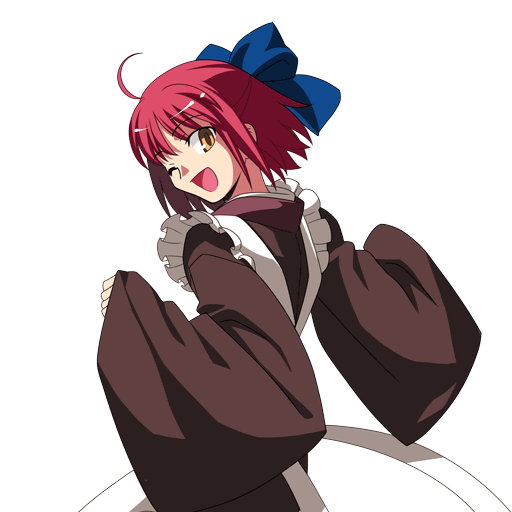 (The following statements are meant as starting points for newer players. This section still needs to be cleaned up and improved upon)


Half Moon Kohaku is a character with many gimmicky tools, high damage, and a devastating command grab to get it. Bombs cover difficult angles in neutral, and the classic Kohaku normals provide you excellent range in both neutral and pressure. Unlike C-Kohaku, who focuses on more complex setplay, H-Kohaku makes use of her stronger command grab and simpler okizeme that still lends well to landing it.

Kohaku has extremely strong air buttons in jB (air to air) and jC (air to ground), as well ground normals that cover a lot of space (2C, 5B/5[B]) and serviceable anti airs (5B/5[B] again, 5A).
22B bombs control a lot of space once launched, but are difficult to set against aggressive opponents.
You generally have the tools in neutral to be wherever your opponent doesn't want you, be it in the air controlling space, dashing under jump ins to counter hit with 5A, or using large grounded normals to poke in conjunction with 22B bombs locking down the air.

Kohaku's huge normals allow her to pressure from outside of the opponent's usual attack range, as well as catch jump outs up close.


Both jabs leave you 0 on block allowing you to go for a reset or throw.


Kohaku's 236A~C feint can be used in pressure in lieu of reverse beat whiffing, though it is not as advantageous. 2B has a clash hitbox that allows it to bait and beat out Heat activations.


Your command grab is the best in the game. It is your goal as H-Kohaku to either make your opponent scared of it and get themselves hit, or to throw them into oblivion with looping throw okizeme. Always be ready to represent the command grab if an opponent isn't scrambling.

Bombs are the bread and butter of your basic knockdown situations. Drop a 22A early to make it whiff so you can throw them. Drop it late and throw them at the same time for slightly more damage. Use it as an unshieldable meaty. Very strong and simple tool when you can get it on them. Air throw enders leave you very far away, preventing you from setting this up.

Good news: You have a metered reversal. Bad news: You're Half Moon.


With meter you have 623C (which is very fast) and Shield Bunker to escape bad situations. Without it, you'll just have to tough it out and block or take a risk using tricky options like j236X, Half Moon's dodge (which for Kohaku is a roll that moves forward with somewhat lengthy recovery), or some good ol' fashion mashing. 5A and 2A are very good jabs, but your defensive options are nothing impressive.

This page is a translation from the French wiki BasGrosPoing. Original can be seen here.