A living mass of chaotic matter analogous to a primordial soup, created from the accumulation of the lives of 666 creatures. His name, phonetically spelled "Nero", was given to him by the Church as a play on words in Gematria by which the letters that compose it add up to 666, the so-called Number of the Beast.

Nero Chaos is a character that relies heavily on summons and long-reaching normals. By taking advantage of many long reaching and air unblockable moves, a Nero player can keep an opponent locked down or keep his opponent from approaching easily. The bad news is that a lot of these moves have huge blind spots and leave him vulnerable to attacks from specific angles. He's also really tall, giving certain characters instant overheads on him.

BGM: The theme of Arcueid 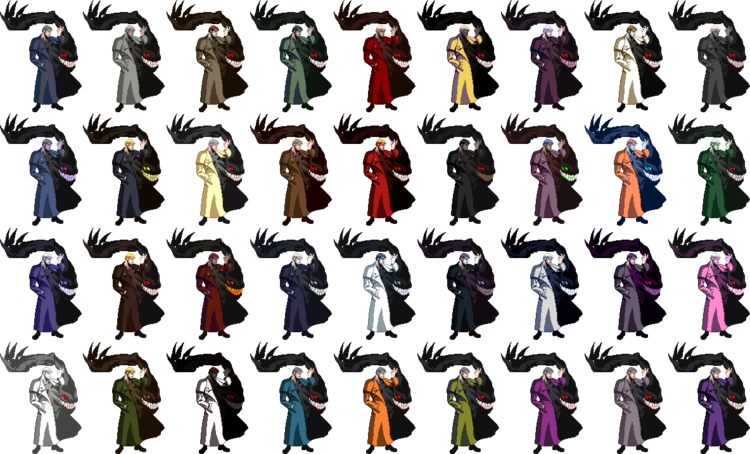