This page is almost complete, consider joining as an editor to help finish it up. Please remove this character page's section when no main goals are left.

Shortening the corner combo to get a mixup by Onemi 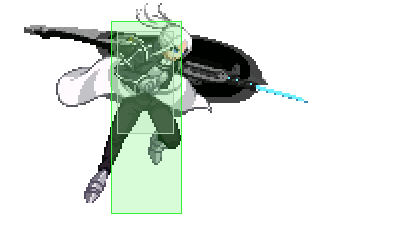 While other moons have a running forward dash, F-Riesbyfe has a hopping dash that covers a set distance. This will hop over knocked down opponents, Necos, Lens during Catwalk and crouching Akiha Tohno (Seifuku)

Full Moon Riesbyfe is a rushdown/poke heavy character with a reliable life pool, she can confirm any hit into decent damage, her damage output mostly comes from the counter hits she gets when she's pressuring by doing frametraps or baiting the 1A+D OS/tech throw attempts with j.[C]. Her main mixup comes from the tick throws with her amazing 2A, some left/right setups that usually makes her lose damage and a universal Fuzzy Guard that's confirmable with MAX Mode.

She's really frustrating to play against since she gets a safejump (+ the Fuzzy Guard mixup if she has MAX) and corner carry from pretty much any hit.

Her weaknesses are that she extends her hurtbox a bit when trying to poke (the pokes are still disjointed), her moves don't have a lot of active frames and a lot of recovery. Since she's so slow, it's hard to approach with her and usually she has to take a lot of bets to get a hit since pushing the wrong button in the wrong context will definitely result in F-Riesbyfe getting hit. In contrast, all her moves are confirmable into something, and even if she's slow, she gets good momentum from her dash, making her effective range actually pretty good.

She doesn't have a good standing overhead, her main frametrap tool (6C) can be safely shielded since she can't jump cancel it to bait shield counters and the only move that forces you to shield low is 2C which won't net much damage. Also, 6C is -2 if you stand block it (point blank) and neutral (-+0) if she's far when stand blocked (the farther she is, the better the frame advantage is, against stand block it can even be +5, but it's unlikely to happen), so if the opponent reads a pattern in her blockstring they can turn the tides to their favor.

But exactly here is when F-Riesbyfe becomes a strong character, because now she gets to bait stand blocks with her amazing 2A (this is also the reason why a lot of players won't even bother in trying to stand block 6C) and get super high damage from baited shields with j.[C].

Refer to the Overview section.

Moves you closer, is + on block, -2 if stand blocked (can be + depending on the distance even on stand block), forces your opponent to take a defensive option.

(moves in parenthesis have been blocked, this is considering that your opponent disrespects long range 6C and tries to mash/jump after blocking it)

This small jump is a "hop" and can cross knocked down enemies, very useful after 6[B], 2C and 236C knockdowns. You can cut combos down to get the left/right mixups, not always recommended but it will get anyone that is not aware of the properties of your dash.

This knockdown allows for a safejump with sj[C], you can option select wake up Heat with sj9.[C] 44 5B or sj9.[C] 4A+B (same OS, different inputs) (example), that way if the j.[C] hits Riesbyfe will continue with 5B, and if it doesn't she will backdash, gets blown up against big and active reversals such as Hime's DP. Practice the safejump against all characters since all your routes lead into it and all characters have different wakeup timings/reversal timings.

As a side note, from this knockdown if you have Max mode, you get a 50/50 with either sj9.[C] > dj.C > IH j.C (fuzzy guard mixup) or sj9.[C], 2A (fake fuzzy low). This mixup is specially strong against tall characters because it's hard to guess that she can do a fuzzy guard from that high. It's not always worth it since meter management is important for neutral with her, but you can still do it from time to time, also the reward is very nice.

From fullscreen you can do dash sj9.B and it will safejump, even if the situation isn't very likely, be prepared to improvise your own safejumps.

623A and B are not real reversals, 623C and 236C are real but are too slow to be actually used as such, however, 236C can be used to invul through moves with long animations (eg. C-Wara 5[C]) or beat things like Nero summoning in pressure, Aoko using orbs, F-P.Ciel rocks etc. However 236C will lose same frame trades due to being a hitgrab.

Your jumping hurtbox is quite wide so jumping out of the corner is harder for her than most characters (which doesn't mean it isn't a good option!), however, the fact that 236X avoids trades gives you answers to characters using projectiles in pressure that most other character's don't have, coupled with your 2A and Full Moon defensive traits, she can wait her turn reliably. Also, her backdash is surpisingly good!

2B can be used to stop instant airdashes on reaction, it obviously can be baited but this will make your opponent think twice about jumping on you to reset pressure.

2C can low profile some moves but at that point it's a huge read.

Using 2B in combos: it generally adds around 200-300 damage but cannot be recommended: