Melty Blood's dedicated "rekka" character, the female version of Tohno is generally considered to be on the weaker end of Melty's roster but still more than capable. Ryougi has good long-ranged normals, and in all of her moons her rekka series is a simple, powerful way to apply pressure, confirm combos, and control space. Unfortunately, besides taking a huge risk on a parry, Ryougi generally has very poor defensive options, even with meter, and must always be working to stay in control at a good range lest she get overwhelmed. If they get in or whiff punish one of your big sweeping normals, she can die in a flash. Great frame trap pressure with long strings, and she’s got some pretty quick air movement to keep opponents afraid of getting counterhit by her air normals. Usually considered on the lower end of mid tier.

Stage (Actress Again): ...and nothing heart 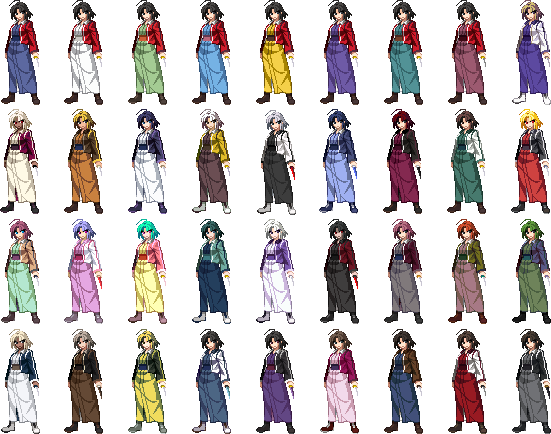