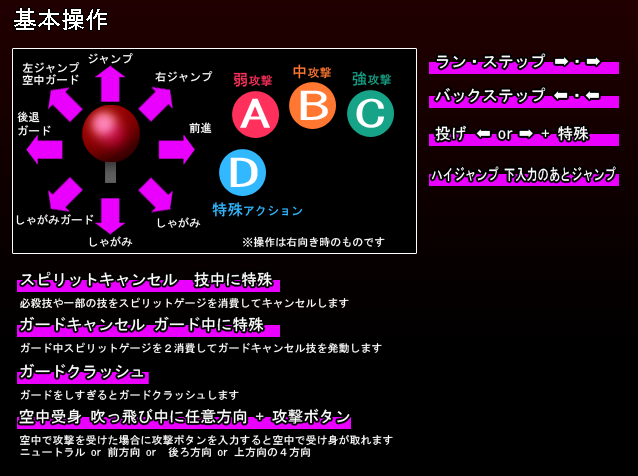 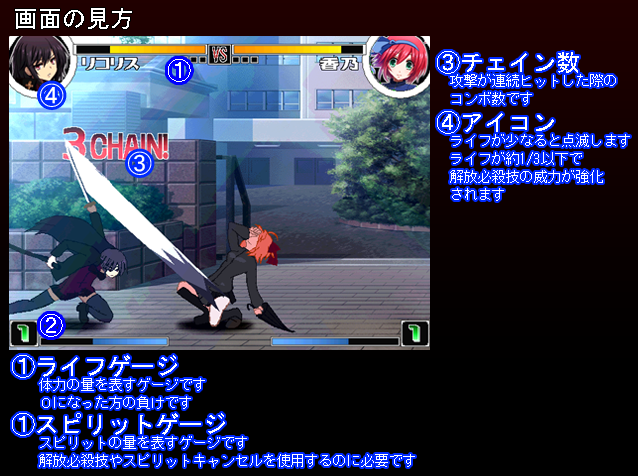 Every Character has 679 Hp at full health

Shows you the length of your combo.

When you're close to getting Guard Crashed, your Icon blinks red.

In addition to your usual forward- and backwalking, crouching, jumping and double jumping, every character can dash by tapping forward twice, backdash by tapping backwards twice and high jump by pressing down and up quickly, while on the ground.
The backdashes have invulnerability on startup.
Note that during air crossups the player inputs are inverted while the character faces the same direction until returning to grounded neutral.
You block by holding back, which can be done crouching or in the air.

When you get hit while in Startup or Recovery of a move, your Opponent get a Counter Hit.
Those deal 1/3rd extra damage and have added Hitstun. Getting CHed in the air by certain antiair moves forces hitstun til landing.
When blocking too many moves, you can get Guard Crashed, which leaves you open in a counterhitable state for a free combo.
Your Character Icon blinks red when you're close to a Guard Crash.

Spirit Gauge is your classic Meter currency for this game. You gain Meter by dealing and receiving attacks and by walking forward.

You can cancel certain moves by pressing the D button to make them safe on block or comboable. Costs 1 Spirit Bar, unless you're cancelling Kanos or Lycos grounded 623C, which cost 2 Bars to SC.

For 2 Bars you can perform a high damaging Super Attack, that is different for each character. When their HP is below 1/3 the damage is higher.

For 2 Bars you can perform an invincible attack that only does 1 damage out of your guard. It's even safe on block. Just input 4D while in blockstun.