Use {{subst:Today'sDate}} to automatically add a date stamp.

Mega Knockdown is set to release in Early Access on Steam on July 29, 2022. (Steam page)

Hidden Variable and Future Club released Annie of the Stars (for $9.99 individually or as part of the $34.99 Season 1 Pass), as well as a balance patch for the whole cast, with both available in the included Beta. (Source)

Fluffy Sheep and Kungfu Dachshund have been added along with balance changes. (Notes)

Hidden Variable unveiled a Season 1 DLC Season Pass that will include additional playable characters, such as Annie of the Stars and three unrevealed characters. (Source) 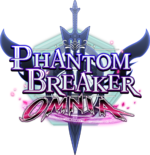 It will be bundled as part of Umineko When They Cry Saku: Nekobako to Musou no Koukyoukyoku and will include online play.

Spruced up the place! If you like what we're doing, please feel free to hit up the ko-fi link. -shib