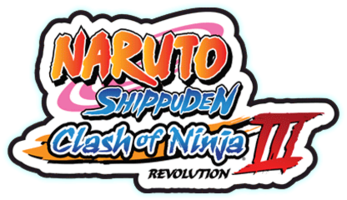 In the Clash of Ninja games, characters fight on a single 2D plane, but can sidestep around their opponent to dodge attacks or strategically approach them. This renders movement different than what would be expected from games like the Naruto: Ultimate Ninja Storm series, being closer to games like Tekken or Soul Calibur.

The series does not feature traditional fighting game inputs such as quarter circles, moves being done with directions + button presses; many combos require a single directional input accompanied by strings. Due to this control scheme, it's easy to assume at a first glance this is a shallow tie-in game with not a whole lot of mechanics behind it. Surprisingly, it's not - it can actually get fairly deep, yet it's still a very beginner-friendly fighting game, similar in concept to games like Rising Thunder or Fantasy Strike.