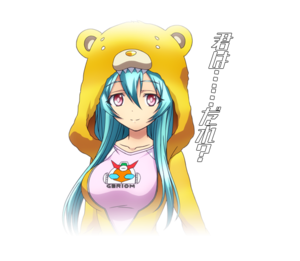 Iria Hougyou
Who... are you?

A cheerful, easygoing girl who has become the target of necromancers. Despite having lost a portion of her memories, she is well-versed in 20th century otaku culture, often speaking in outdated manner because of that.

Iria makes ice blocks appear from under the ground, launching the opponent. The ice then remains on the screen for a while, blocking character movement (but not projectiles).