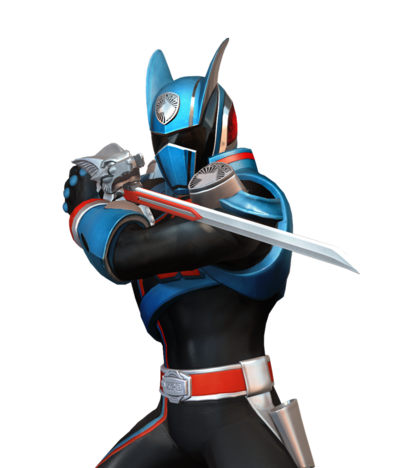 Anubis "Doggie" Cruger is the commander of the Earth branch of the Space Patrol Delta. He also acts as the SPD Shadow Ranger and is a very good boy.

Shadow Ranger is an incredibly versatile character. His assist provides for great coverage, tricky setups, and hard to blockables. His normals have standard range and speed, but where he excels the most is with his 5S stance. With the use of his stance and incredible forward dash, Shadow Ranger is a very threatening character. This guide will work under the assumption that the reader has a basic knowledge of both the game and the character. With the use of Doggie’s stance, he has access to a wide range of neutral, pressure, combo, and combo confirmation tools. As well as this, with the use of Zords, Doggie can set up tremendously damaging combos and oppressive pressure strings. Even beyond that, Shadow Ranger is by and large the character that is the most practical to set up and use the plink-infinite. As we continue to explore the options and actions that Shadow Ranger has, we will be able to see how they are used and how one can develop a holistic understanding of the character.

In game, Shadow Ranger has incredible range and coverage all backed up with one of the best forward dashes in the game. He has some of the best punishing moves in his 5S→L as well as a way to quickly recover from blocked attacks by using 5S→S or 5S→44 to cancel in and out of stance. In traversing the stage and playing the neutral game, it is integral to understand how stance cancels work. Not only can you cancel normals into specials, Shadow Ranger has a core mechanic where you can cancel specials into specials. That’s where stance canceling comes into play. All of Doggie’s moves can be canceled into another special except for 5S→M when blocked. With a solid understanding of how each of these specials play into each other, you will excel with the character.

5S→L Shadow Ranger’s best mid range tool. Can be used to punish whiffed moves from an opponent and convert into a combo. Also used to punish players who pushblock with the intent to punish immediately after (like when Lord Zedd players pushblock into their 5H). Note that it whiffs on most crouching characters at mid to long range. Be careful against Ranger Slayer, Tommy, Gia, Eric, Mastodon Sentry, Jen, and Kat as they can crouch underneath the slashes at a closer range where they can easily punish you on whiff. To a lesser extent, Zedd, RJ, and Magna Defender can try and punish your slashes in more unique scenarios, but it is more difficult for them.

5S→H Shadow Ranger’s best long range tool. Can be used to cover space and set up pressure for a character tagging in. Even a good tool to set up pressure for an incoming character when using a tag in. On hit, 5S→H can be converted into a combo if you haven’t yet used a wall bounce or you are close enough to a corner. You can connect into super if you do 5S→H→5S→66 super when you are outside of the corner.

5S→S/44 Used to kill recovery frames by canceling into, then right out of, stance. Doing so, more often than not, will leave you with frame advantage.

jS(S) A powerful midrange tool that comes out incredibly fast. jS can be performed very early on in your jump as well as low to the ground when you are descending. On whiff, it can be easily punished, however you can still land and cancel its recovery into the 5S stance whether it hits or not. Can be confirmed into 5S→L, 5S→M, 5S→H, 5S→66S, and even 5S→441S with varying degrees of difficulty and unique spacings.

6S Your counter and reflector move. The timing to counter physical hits can be tight as only the first handful of frames will successfully counter a strike. Despite this, 6S is a strong reflector against projectiles. You can frequently get a confirm off of a successful reflect as you can cancel 6S into 5S even on whiff. The easiest confirm will be 6S→super, yet at particular ranges you can even confirm 6S→5S→L and even 6S→5S→66. Using this in your neutral game will threaten constant punishes and get the opponent to think twice about how to approach.

Opponents who push block will leave you out of range to pressure with normals, but you can continue by either canceling into 5S→L or 5S→S/44. With a healthy mix of the two, along with the use of assists, grabs, and high/low options, you will keep your opponent on their toes. Using these tools in combination with each other will allow you to develop a diverse and deadly neutral game.

Tagging out of his assist allows for quick high low mixups. Characters who can poke from full screen make the best use out of this as it sets up relatively save high low mixups from a distance.

Solo double super corner combo. Does a little over 1.1k which TODs everybody except Trini. Damage is a little variable depending on how the 5S~H hits. Pre-super this builds around 1 bar, post super it builds an extra bar.

same as above but doing the back throw earlier to build a second bar. Unfortunately the back throw sequence uses up a lot of bounces so the combo post-super isn't as crazy as you'd hope. It does a little over 900 damage although the exact ammount will depend on how many hits of 5S~H you get. Will TOD low health characters and do a good grip on anyone else. This is a solid foundation for a BnB, there's plenty of spots where assists can extend and push the damage up a bit.

Jen's missiles take long enough that you can call her before super, and then have them hit OTG after for an extension 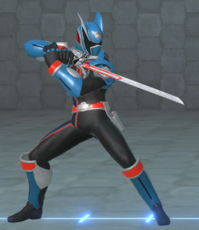 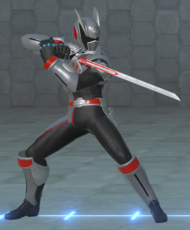