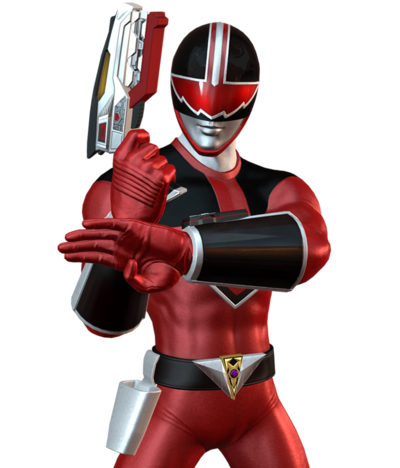 Eric Myers developed a disdain for the upper class of Silver Hills from an early age, seeing how the rich would always sneer at him simply for being poor. However, his low class consciousness caused him to only seek the betterment of his own position rather than questioning the system of class itself, which led to him joining the town's privately-owned police force, and eventually gaining the powers of the Quantum Ranger and the Q-Rex. Yet he has not eased his suffering at the hands of the bourgeoisie. He needs more power.

Eric is a well rounded character with simple tools that often hide a lot of trickery. Sporting excellent mobility and a solid projectile in his 5S Blaster, his neutral largely consists of controlling space and frustrating the opponent into coming to him, where he can pull out the secondary functions on many of his tools in order to throw opponents off guard. He really shines as a support character, often tagging in to extend a combo into his highly potent Quantum Power sword loops, giving any team consistent access to high damage combos that quite often lead to a kill.

Click "Expand" for images of Quantum Power versions of moves (when applicable).

Eric's combos largely revolve around converting into a corner loop of [5M > 5H > 6H]xN while Quantum Power is active. The most common way to convert into Quantum Power is by carrying your opponent to the corner, and then doing...

Where you go from here depends on whether or not you've used a wall bounce and/or your OTG bounce.

If your j.H will wall bounce, dash back after j.H to maintain the corner, then OTG with 6H and transition into the loop.

If your OTG 6H will ground bounce, delay 5H after and transition into the loop.

All QP combos should be ended with Finish Sequence (QP EX), as it is essentially free and deals great damage.

all combos tested and working as of version 2.0

Standard solo confirm into QP loop, should give you an idea of how to get them going.

Slightly more elaborate combo if you really need to build the two bars needed for QP solo. Has the benefit of leaving you with no ground or wall bounces, so you can transition directly into the main loop. Works on everyone except Doggie midscreen, but is highly character specific in the corner to the point of impracticality. More for show than anything. video example 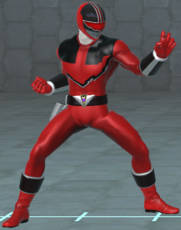 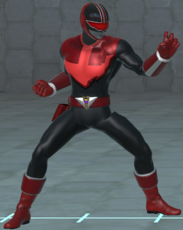